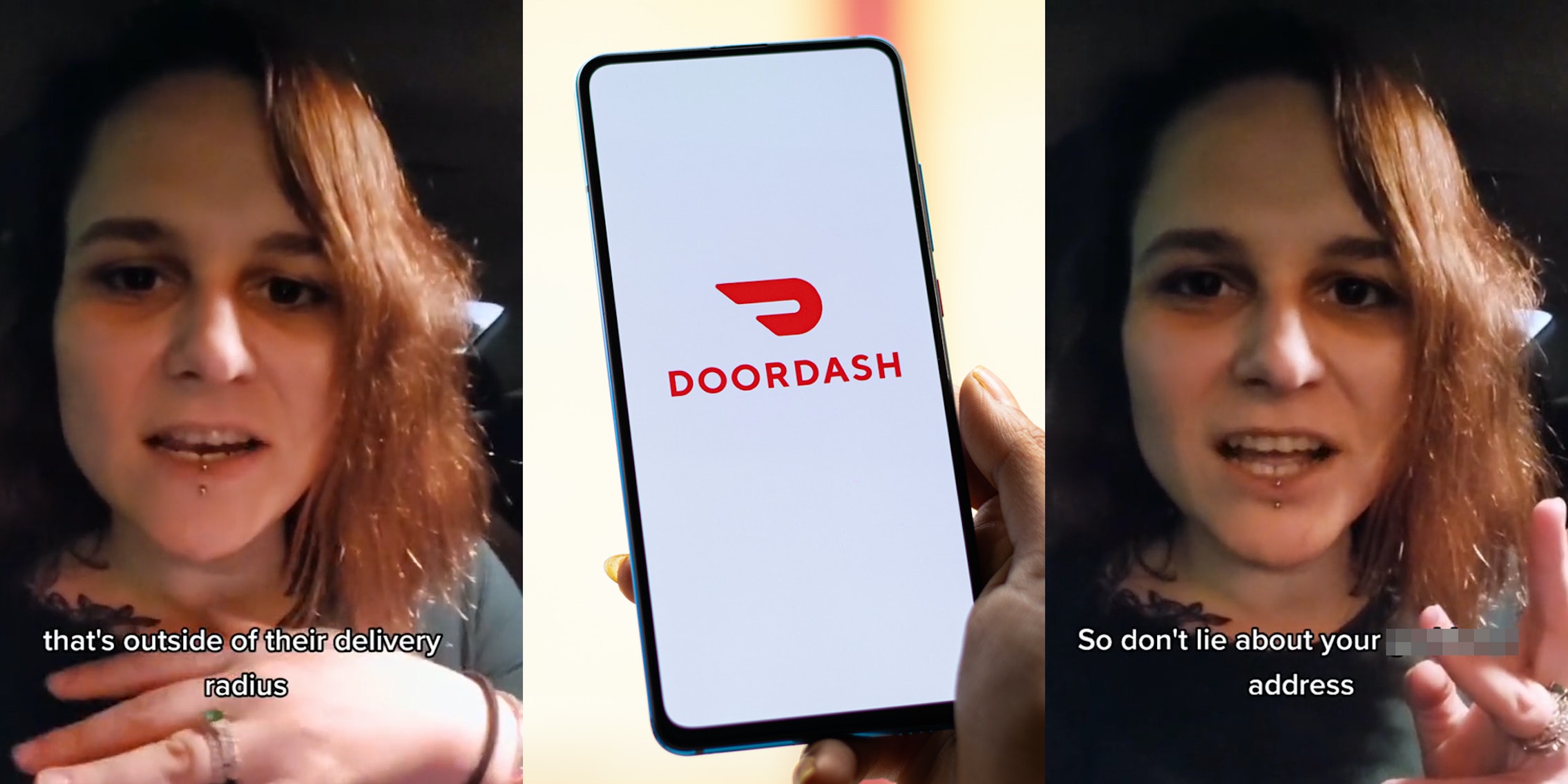 'If the pizza magically disappears ... well, they should have been accurate.'

A TikToker claimed she was directed to a U-Haul to deliver a Pizza Hut order through a DoorDash app—because the customer’s actual location was outside of the restaurant’s delivery radius. Her cautionary tale serves as a warning to follow the rules, and commenters have chimed in to reinforce that message.

The video comes courtesy of TikToker Whitney (@pineapplesandpolarbears), who according to other information available via her Linktree, is based in the Tampa Bay area. Her rant was published to the platform on Jan. 7, gaining nearly 30,000 views and 4,000 likes as of Wednesday morning.

In the video, she chronicles the saga and explains why even though she knew her customer was waiting for an order at a Holiday Inn outside the delivery radius specified to her on her DoorDash app, she handled the situation differently than her customer expected.

She started the video by explaining, “This should really go without saying, but some people are fucking stupid so I’m gonna spell it out for you.” She then asserted that delivery services utilize GPS technology to make sure that their drivers are delivering food to the people who ordered food. She also went on to report on a situation where DoorDash sent her to an address a half mile from a Pizza Hut for a delivery—which she claims went to “a U-Haul place.”

@pineapplesandpolarbears Provide your correct address if you want your items. i wont deliver somewhere else because i dont get paid if i cant complete it per GPS. #commonsense #doordashdriver #storiesofmylife #theresanappforthat #karma #karmaforbeingpetty #deliverydriver #deliverydriverproblems #outofrange ♬ original sound – Whitney

“So, I text the customer, like, is it the mobile home park next door, thinking maybe I misread the sign. And they said, ‘No, I’m at the Holiday Inn over on this street.’ Yo, this is several miles away,” Whitney says of the customer’s actual location. “Once again, usually not an issue, but you see stores can pick their delivery radius, and for Pizza Hut, that’s outside of their delivery radius. They don’t want their food being taken that far because it’s not going to be as quality.”

The driver then asked the customer if he’d be picking up the order at the U-Haul; the customer insisted on having the pizza delivered to the Holiday Inn. But after communicating with someone at DoorDash, based on their instruction, Whitney says she took it to the U-Haul, as that was the address specified and the customer was not responding to DoorDash’s outreach.

According to DoorDash’s website, “If you’re on a live order and need to change/update the address or instructions of that order,” you should contact DoorDash support “by either phoning or chatting in.”

Whitney notes that she delivered the pizza to the U-Haul and took a picture of it. She says a U-Haul worker questioned her: “The employee’s like, ‘What are you doing?’ And I explained what had happened … the customer lied about his delivery address because his delivery address was outside of the store’s radius for delivery … So, DoorDash tells me I have to leave the order here.”

After the employee asked if the customer was picking up the pizza there and noted that they couldn’t be responsible for it, the creator said, “If the pizza magically disappears … well, they should have been accurate.”

She then smirked, “The smile on their faces y’all. I don’t know if that’s petty or karma or what but the customer intentionally did what they did,” noting how ready the customer was with the actual address when confronted about the wrong one.

Commenters weighed in, with one noting, “I’ve had this happen a couple times & I always text/call so that I have my ass covered.”

Another observed, “The DoorDashers in the town I lived in were so stoned all the time they couldn’t find addresses as is. I wouldn’t dream of doing that to them.”

One challenged Whitney by saying, “They can contact DoorDash to change their address and they will comp you the mileage difference.”

That led the creator to record a whole separate video explaining that the delivery address being outside of the store’s delivery radius was the primary issue.

Whitney then characterized her actions as “malicious compliance.”

The Daily Dot has reached out to Whitney via TikTok comment and to DoorDash via email.