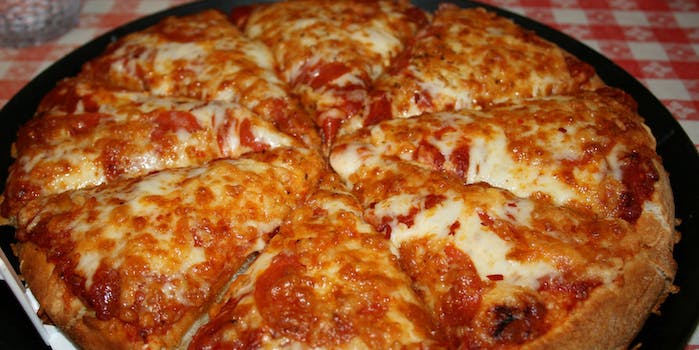 Supporters of the pizza joint's anti-gay views have donated hundreds of thousands of dollars to its GoFundMe page.

More than $190,000 has been raised in support of Memories Pizza, a pizza store in Walkerton, Ind. that has come under major scrutiny after sharing its religious and anti-gay views.

Memories Pizza went viral earlier this week, when local news network ABC 57 talked to the store owners about their support of the controversial Religious Freedom Restoration Act. The piece of legislation gives businesses the right to refuse service to gay and lesbian customers for religious reasons.

“If a gay couple came in and wanted us to provide pizzas for their wedding, we would have to say no,” Crystal O’Connor, whose family owns the restaurant, told ABC 57.

After the ABC 57 story went viral, the pizza joint became something of a battleground for the LGBT rights movement. As a result, Memories Pizza’s Yelp page has been flooded with angry reviews.

#MemoriesPizza owners say they’re considering packing up and leaving town due to the threats from the #BoycottIndiana crowd.

Following the one-star Yelp reviews, harassing phone calls and death threats, Memories Pizza was forced to close on Tuesday night. But a GoFundMe campaign has raked in donations from more than 5,000 supporters in under 20 hours. The donations keep coming in, along with words of encouragement from people who support the owners’ homophobic views. 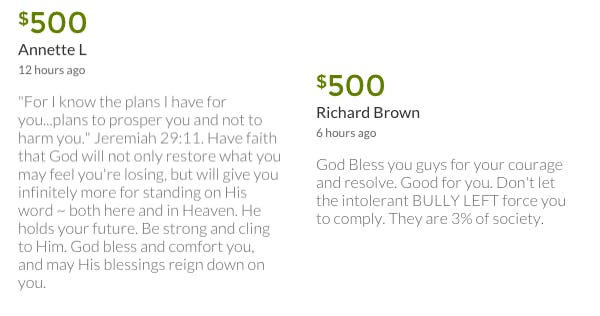 The producers at Blaze TV  set up the crowdsourcing efforts after talking to the O’Connor family and hearing that they might never open the doors of Memories Pizza again. They initially set the goal at $25,000, but at the time of this writing, the GoFundMe campaign has raised more than $190,000.