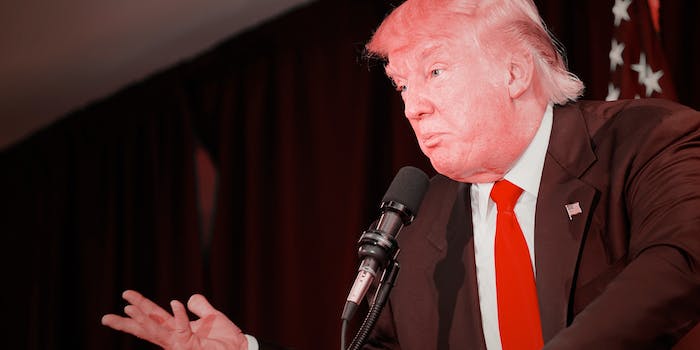 The ad's creators are hoping it turns off potential Trump supporters.

What does Republican presidential frontrunner Donald Trump think about women?

Many controversial things, according to his various public comments. A new ad from the anti-Trump political action committee Our Principles PAC is trying to take down the New York businessman by stringing together those comments and blasting them out online.

In the ad, women read Trump quotes from recent news articles. Many of the controversial quotes are several years old, dating back well before the real-estate heir launched his presidential campaign.

One woman quotes Trump as saying that “a person who is flat-chested is very hard to be a ten,” and the ad cites a February 2016 BuzzFeed article reporting on a 2005 Howard Stern interview with Trump about Desperate Housewives.

Establishment Republicans created Our Principles PAC in a last-ditch effort to defeat Trump, a candidate its executive director says “shares none of the values our Party has held dear for decades.”

While this ad highlights Trump’s controversial comments about women, the PAC’s goal is to suggest that Trump’s liberal stances on issues like abortion, health care, and taxes are out of step with the Republican base. A website displayed at the end of the ad, TrumpQuestions.com, is meant to highlight his divergence from conservative Republican values.