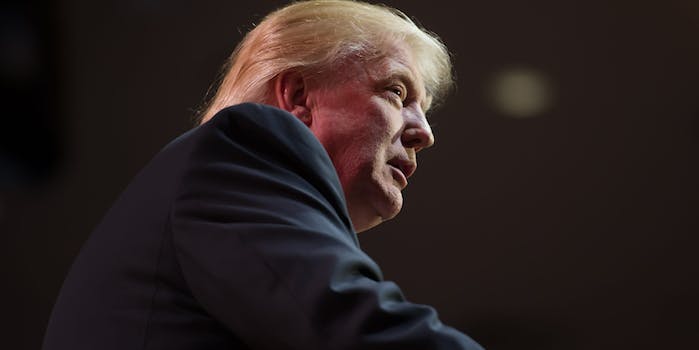 The United Negro College Fund is seeking clarification from the White House.

When signing the $1.1 trillion spending bill that will keep the government running for now, President Donald Trump confused many on Friday with a signing statement in which he apparently wonders whether helping finance historically black colleges is constitutional.

As Politico writes, Trump pointed to the Historically Black College and University Capital Financing Program and said it allocates “benefits on the basis of race, ethnicity, and gender.” Trump said those programs would be treated by his administration “in a manner consistent with the requirement to afford equal protection of the law under the Due Process Clause of the Constitution’s Fifth Amendment.”

That statement confused Cheryl Smith, a vice president at the United Negro College Fund who said in a statement that the organization is “puzzled by this provision and seeking clarification from the White House as to its meaning.”

Derek W. Black, a law professor at the University of South Carolina, told Politico it was an odd statement to make. “If Congress is validly spending money on these programs, and there’s no court finding or litigation suggesting discrimination, the idea that the executive would unilaterally not allocate those funds would be a rather momentous position to take,” Black said. “…. Why stop here? If you’re worried about the allocation of benefits in unfair ways, why not add other things like religion or disability?”

The Historically Black College and University Capital Financing Program was created by Congress in 1992, and it helps finance construction for new buildings on HBCU campuses.