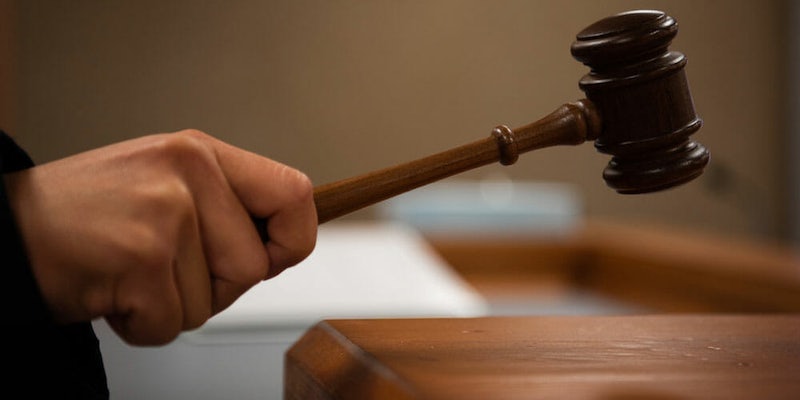 The U.S. Department of Justice (DOJ) recently sent out an email to all immigration court employees that included a link to an anti-Semitic white nationalist blog post, BuzzFeed News reports.

The post, which originated on white nationalist website VDare, is said to have included racial and ethnic attacks on specific immigration judges.

The link was included in a weekly morning briefing that is sent by the Justice Department’s Executive Office for Immigration Review (EOIR) and includes a roundup of recent immigration news.

The National Association of Immigration Judges decried the inclusion of the VDare blog post in a letter sent to the EOIR this week.

“The post features links and content that directly attacks sitting immigration judges with racial and ethnically tinged slurs and the label ‘Kritarch,'” union chief Ashley Tabaddor wrote, per BuzzFeed News. “The reference to Kritarch in a negative tone is deeply offensive and Anti-Semitic.”

Tabaddor goes on to explain that the term refers to a time when ancient Israel had a system of rule overseen by judges.

“VDare’s use of the term in a pejorative manner casts Jewish history in a negative light as an Anti-Semitic trope of Jews seeking power and control,” Tabaddor added.

The DOJ is now being asked to apologize to the nation’s immigration judges as well as judges who were specifically cited in the VDare post.

In a statement to BuzzFeed News, a DOJ spokesperson asserted that the email is put together by a contractor and that the link should not have been included.

A former senior DOJ official also added that the email is “generated by a third-party vendor that utilizes keyword searches to produce news clippings for staff” and that the final product “is not reviewed or approved by staff” before being sent.