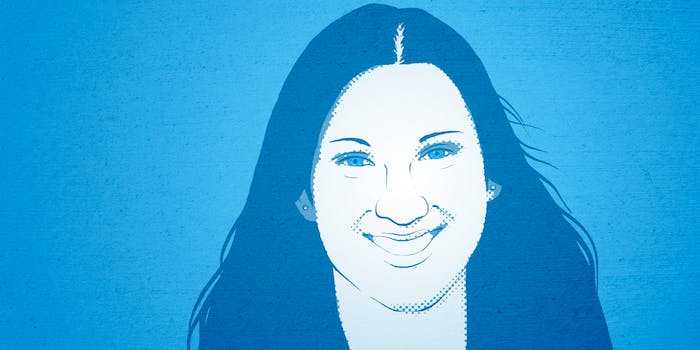 DNC will include first transgender speaker in convention’s history

Sarah McBride, of the Human Rights Campaign Foundation, will speak on Thursday.

The 2016 DNC will feature the first out-transgender speaker in the convention’s history. Sarah McBride, national press secretary of the Human Rights Campaign Foundation and member of Trans United for Hillary, will speak on Thursday.

“Sarah’s inclusion in Thursday’s program is a significant milestone for our community, and it sends a strong message that transgender people and their voices matter,” said HRC President Chad Griffin in a statement.

McBride said she was “honored” to speak. “People must understand that even as we face daily harassment, tragic violence, and an onslaught of anti-LGBTQ political attacks across the country, we are real people merely seeking to be treated with the dignity and respect every person deserves.”

McBride is known for her work, at just 22 years old, on Delaware’s Gender Identity Nondiscrimination Act, which was signed in 2013. The bill ensures equal protections for trans people in the state. Gov. Jack Markell said after signing the bill, “I especially want to thank my friend Sarah McBride, an intelligent and talented Delawarean who happens to be transgender. Her tireless advocacy for passage of this legislation has made a real difference for all transgender people in Delaware.”

This election’s DNC includes a record high of 27 trans delegates. The RNC appeared to have one, Jennifer Williams of New Jersey, who ruffled feathers when she used the women’s room at the RNC.