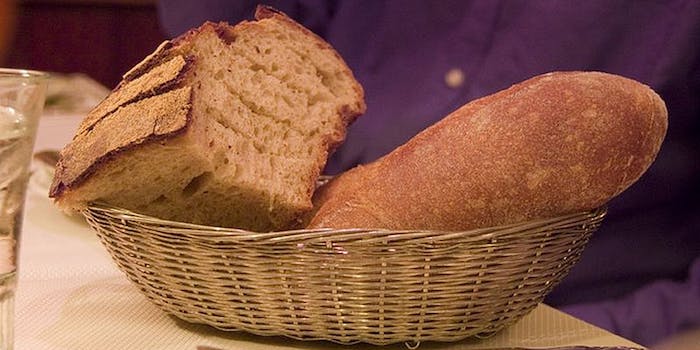 Finally, a way to connect based on shared food allergies.

Gluten Free Singles is a feel-good place. It’s not just a dating platform but a “networking and informative website where you never have to feel alone, awkward, or a burden because you are gluten-free,” a place where people find gluten-free partners as well as gluten-free friends and gluten-free activity groups. Which raises a troubling paradox, because is there anything more awkward than a “gluten-free” activity group?

Okay, maybe I was being too harsh. Despite my debilitating pizza addiction, I decided to register (for free!) with the inconspicuous handle “dieglutendie,” whereupon I was directed to a questionnaire that asked whether I was looking for a relationship or just a fitness buddy.

I was directed to optionally indicate my Zodiac sign and asked if I had any gluten-free children (and if they had Celiac disease—which affects the lining of the small intestine—or were just gluten-intolerant, or something else). I was also able to note whether I abstained from gluten-free hair products, makeup, or lotions.

While I was waiting for my confirmation, I went into the kitchen and scarfed down half a loaf of bread as well as some table crackers. This, of course, only whetted my appetite for pizza, so I went around the block to get some. When I returned, I still didn’t see an email in my inbox; I found it in the spam folder. (Spam the food, by the way, is totally gluten-free.)

Finally, I was in, and what do you know? It looked more or less like an older-skewing OkCupid, with people all over the country on the hunt for friendship, serious dates, fitness clubs and every combination thereof. Suddenly I was struck by a blinding truth: Just because someone can’t eat cake, that doesn’t make them inhuman monsters with no real stake in civilization. These were ordinary individuals, looking for the connections that anybody else would.

Still, I was just a tourist here. I did not belong in this world of rarefied diets and finely toned abdominal muscles. If I were ever to join the ranks of the gluten-free dating pool, it would be many years from now, when I’m finally sick of pasta. And divorced. Till then!