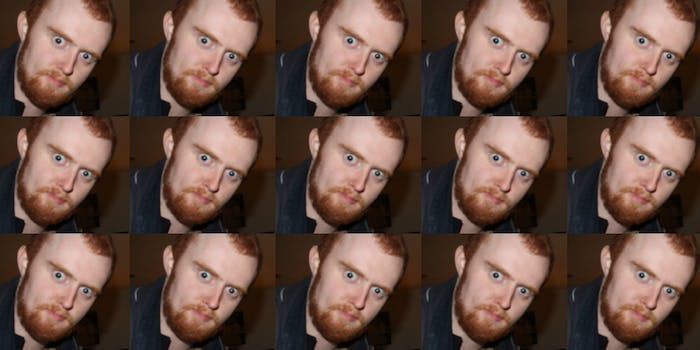 This dude donated his face to save you from OkCupid creeps

A picture is worth a thousand rejections.

The sleazy petulance of your average OkCupid bro—including his outright refusal to take “no” for an answer—is a problem well-documented across countless blogs. But one such Tumblr, GTFO Cupid, has finally offered a fitting solution: fighting creep with creep.

In a submitted post that has since racked up 15,000 notes, a young man explains that he asked a female friend to create a test profile so he could see how other dudes used the service. Needless to say, they were both appalled at what they found, and, feeling guilty about dragging his pal into the cesspool of online dating, the guy passed along a photo of his face “doing something odd” that she could deploy against pesky, unwanted suitors. 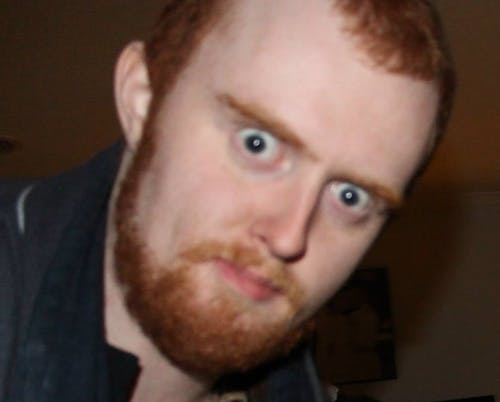 It started out as a joke, but then she told me that she had sent it to at least 20 guys, and they had fucked right off immediately, either thinking she was a man, that she was “Spoken for”, or just because they didn’t expect it. It was both highly amusing and depressing that my face had become a sort of symbol of her ability to say “NO” and be listened to, but it gave me an idea. I’m interested to see if other women who are also having these troubles on the internet, and are tired of dealing with them rationally and instead just want to fuck around, would be game to also send that pic of my face to unwanted admirers. My last name is Middleditch, so perhaps we can call it “Getting Ditched” (Or MiddleDitched, I’m not that fussed).

Plenty of women couldn’t wait to get in on the fun. “This has to be one of the most fantastic public services for dating women the world over,” wrote one delighted follower, adding, “I sincerely hope Mr. Middleditch considers posting a photo of himself, lifting his shirt and lolling his tongue for me us to send to guys who request titpics.”

Some, however, decried the attitudes that got us here. “I feel that women shouldn’t have to send an odd picture of some random internet dude to men who act like creeps on dating sites,” another observer commented, linking to an essay about the problem with saying “I have a boyfriend” to ward off male advances. “While this may prove amusing (hell, even I’m amused), I think there’s a possibility that it sends the wrong message,” she cautioned. “Personally, I’m not afraid to use the block feature.”

We’re just happy so long as no one is actually finding love online.