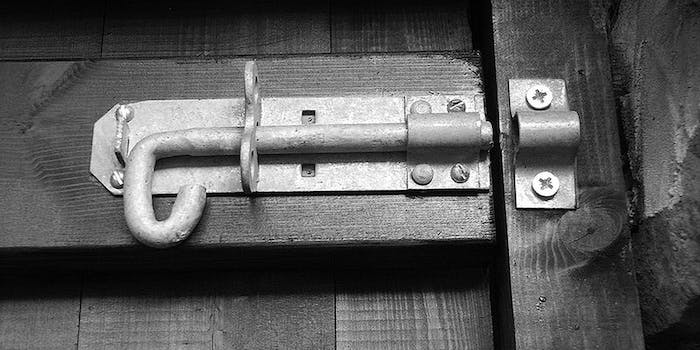 This household had no idea a disgruntled neighbor advertised their belongings as a free Craiglist giveaway.

The scene on David Otero’s lawn Sunday must have seemed less like Pomona, Calif., and more like a George Romero zombie film.

After someone, perhaps a disgruntled neighbor, informed Craigslist that Otero and his household were giving away free items, dozens of treasure-seekers turned up at their house.

“We had to stay away from the window,” Otero’s girlfriend, Lorrayne Skeens, told CBS Los Angeles. “We didn’t know what they were going to do. We felt very fearful.”

The listing, which is now deleted, was titled “1st come 1st Served,” and instructed users to come to Otero’s address after 9am to claim “a bunch of free stuff that has to be gone by Sunday night.”

Otero told CBS that he had clashed with neighbors in the past, and suspected that one of them posted the ad as a form of petty revenge, based on the author’s knowledge of the kinds of items Otero possessed.

“They know I have a boat and that I’m a follower of Jesus Christ, and I have bibles and electronics,” Otero said.

Pomona police determined that the ad, which was posted to the San Gabriel Valley area of Los Angeles Craigslist, did not actually violate the law. But it could be part of a growing trend which involves the use of Craiglist to harass or intimidate others. One man was banned from using the Internet after he spent months harassing a female neighbor by sending naked men to her house. Even more disturbing, in 2010 an angry ex-boyfriend, Jebidiah Stipe, posted his former girlfriend’s address on Craigslist, along with a description of her alleged “rape fantasy.” After another man, Ty Oliver, saw the ad, he corresponded with Stipe believing he was the woman in question, and ultimately followed through on the “fantasy” without realizing the woman he raped wasn’t a consenting party. Both men were sentenced for the crime; Stipe received 60 years.

Kashmir Hill, a staff writer at Forbes who was herself the victim of a similar “prank,” described this trend as “crowdsourced revenge,” and noted that the penalties are usually light. In Otaro’s case, the penalty was nonexistent