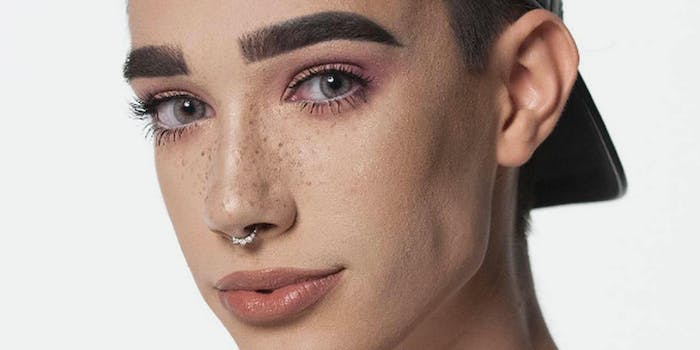 Say hello to your first-ever CoverBoy

17-year-old James Charles has makeup skills that puts us all to shame.

CoverGirl makeup has never just been for girls, but the company is now making that more obvious by having their first-ever male CoverGirl model. 17-year-old James Charles is known for his makeup Instagram, where he recently announced the new partnership.

THE SECRETS OUT.. so beyond excited to finally announce that I am the new face of #COVERGIRL and the first ever coverBOY. 😱 I am so thankful and excited and cannot wait to show you all what we have in store. Make sure you go check out @covergirl on Instagram for more info! AND YES I know I have lipstick on my teeth 😬😂 it was a looonnnnggg day.

Charles will be promoting a new line of mascara for the company, and his partnership marks a huge leap in the way beauty could be viewed by mainstream society. Men still face stigmas about wearing makeup and embracing traditionally feminine looks, so by making a man the public face of a makeup brand, more people than ever will be reminded that there’s no shame in men wearing makeup.

Also, can we talk about how Charles has only been doing makeup for a year? Kid’s got skills.