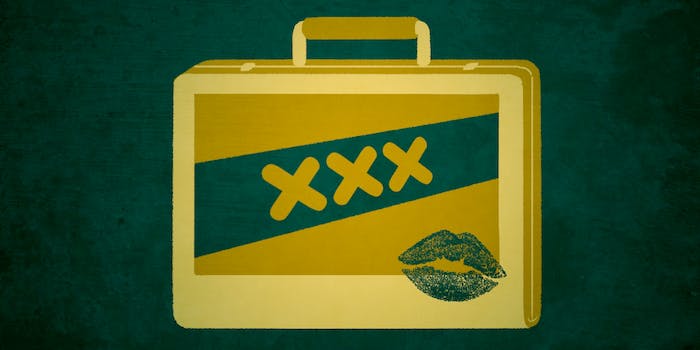 She lawyered up and was re-offered the position.

In March, 26-year-old Long Island resident Samantha Chirichella was offered a sweet $70,000 gig as an investigator with utility giant Con Edison. But after the company sent her an official offer letter and other paperwork, they rescinded the offer because of a single Instagram pic—a snapshot of an explicitly lesbian photograph hanging on a gallery wall.

Chirichella went to a lawyer and filed a lawsuit accusing the New York employer of discrimination based on sexual orientation. Ironically, she’s straight.

On Tuesday, Chirichella’s legal battle was victorious before it even fully began. A ConEd spokesperson told the Daily Dot that after an investigation, the company decided to offer her the job again. According to Chirichella’s attorney, Arthur Schwartz, she plans to accept.

An official statement from ConEd reads: “Con Edison is committed to maintaining a workforce that promotes diversity, inclusion, and equal opportunity in compliance with all state, local, and federal hiring laws. We reviewed our decision carefully and decided to offer the job to this applicant. We are taking a closer look at our screening processes.”

According to the complaint Chirichella and Schwartz filed in the Manhattan Supreme Court, the Sapphic snapshot was posted more than three years ago. The nude artwork, which was included in a friend’s gallery show, features a bare-breasted woman interacting with an inverse image of herself. The photo offers the illusion of two women biting each other’s nipples. 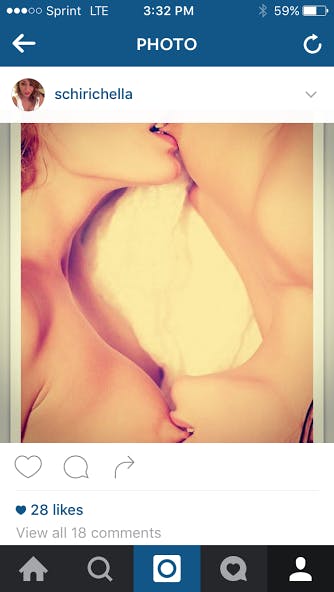 A series of flirtatious comments left under the photo seemed to suggest that Chirichella was either bisexual or lesbian. In one comment, a friend says “Wtf Sam. Lezbehonest you’re so weird lol.” Chirichella directs a comment at another female friend, who responds, “It’d be hotter if it was us”—to which Chirichella says, “I agree.”

Despite the fact that Chirichella herself was not depicted in the photo (nor is she gay), she received a follow-up letter from her new employer on March 29 rescinding the job offer.

“You are ineligible for employment with Con Edison because your social media postings—specifically, those showing sexually explicit material—are inconsistent with Con Edison’s values and policies,” read the letter, which Schwartz shared with the Daily Dot.

According to the letter, Chirichella had tried to explain the context of the photo after a background check flagged it—but her response “failed to alleviate our concerns.”

“For Con Edison to not hire this clearly well-educated, well-qualified young woman because three years ago she posted a photo from an art exhibit on Instagram is absurd,” said Schwartz in a statement.

“What makes it particularly absurd is that it was posted three years ago,” Schwartz continued. “The only explanation is that the evaluator didn’t like the coy discussion under the posting about whether Samantha was a lesbian, and such a consideration is wholly unlawful.”