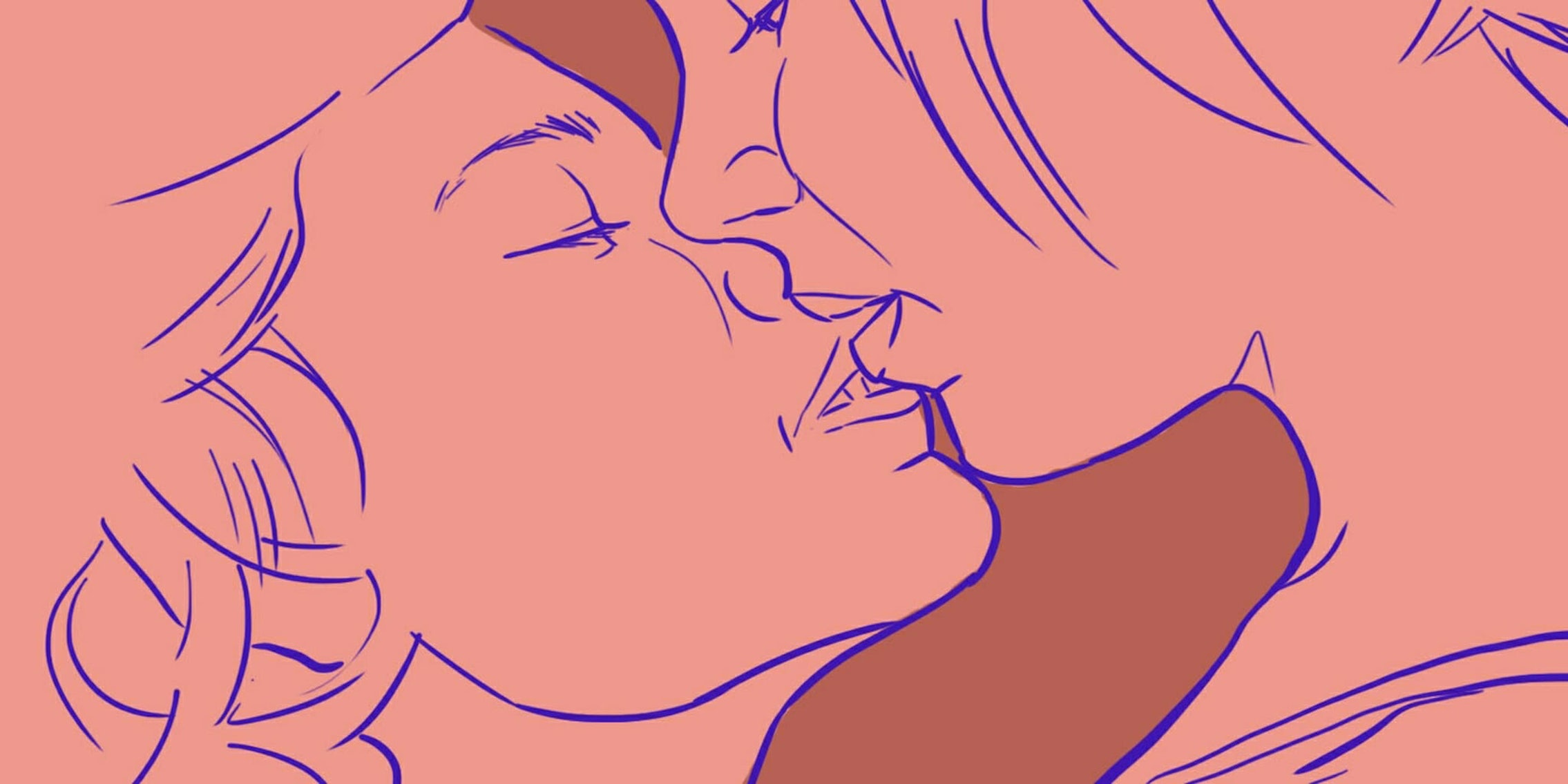 Today is National Coming Out Day, a day to celebrate and remember one’s experience coming out as lesbian, gay, bisexual, transgender or queer. For many people, the process of coming out still involves a conversation—perhaps joyous, perhaps tense—with Mom and Dad. However, there is another element to coming out that has become something of a new normal for LGBTQ folks: coming out online.

In fact, some people choose to come out online first. This week, Vocativ analyzed over 5,000 social media posts and found that young people have been coming out online before doing so with families and peers offline, often out of fear of how their parents and classmates will react.

Coming out online began with LiveJournal and private anonymous message boards; more recently, Facebook and Twitter hashtags have streamlined the community. Conversations about coming out that once may have taken place at the meting of a Gay-Straight Alliance, an LGBT center or a gay bar are now taking place shared with followers and Facebook friends.

I'm thinking about coming out as bi on #bivisibilityday or #nationalcomingoutday but I'm v v terrified- any advice or ideas about how to?

While coming out on the Internet can be daunting in its own right, as it’s highly public, some LGBTQ folks feel a sense of community and support when sharing their stories on a larger scale. The Daily Dot spoke with several LGBTQ folks about their experiences of coming out via email, social media, blogs, and online forums. Here is what they said:

“The Internet was the one place where I really felt like I could talk about what I was feeling.”

In 2008, Ezra Horne moved from Boston to Los Angeles to pursue a career in film and television post-production. For years prior, his involvement in the Mormon church prevented him from coming out as gay, but the Proposition 8 battle changed his mind. That’s when he discovered the MOHO (“Mormon homosexual”) blogosphere and began chronicling his own journey on a personal blog, NoHo Moho.

A few months later, Horne came out to his mother—who lives on the East Coast—in an email. He explained,”I really wanted to tell her in person, but I couldn’t figure out when to do it, and I got tired of waiting.” He laughed when remembering her reaction: “The first thing she wrote back to me was, ‘Oh, is [Horne’s roommate] more than a roommate?’ That’s such a mom thing to say!”

The following summer, on his 23rd birthday, Horne took the plunge and came out publicly in a Facebook note. While the response to his announcement were largely positive, he recalled that one distant relative—also a practicing Mormon—went out of his way to condemn him.

“When he friend-requested me, I knew what he was going to do,” said Ezra. “I hadn’t talked to him since I was a pre-teen, but he injected himself into my life to say that. If I hadn’t come out on Facebook, it wouldn’t have even been on his radar.”

Still, Ezra is glad that he chose to come out the way that he did. As he wrote in his Facebook note, “I know now that being gay is actually a blessing—I’m being constantly challenged to learn and open my heart.”

Amy M. Leibowitz is a writer and seeing others write about their sexual orientation on the Internet is what motivated her to come out as bisexual online. “I was finally ready to be honest both with myself and with my readers,” she said.

Leibowitz wrote a blog post about her bisexuality and shared it on Facebook, which is how she came out to several of her close friends, some relatives, and peers in her blogging community. As she recalled:

“The vast majority [of responses] were supportive, loving, and encouraging. The only negative responses I got were from a couple of straight men who sent me sexually explicit private messages. Obviously, I blocked them. I also lost one friend who told me I was ‘consorting with Satan-worshiping lesbians.’ I can laugh now, but it was pretty hurtful at the time. And at least five people unfriended me on Facebook as well. But the rest were great, and I even had one message from someone at my former church telling me he was proud of me and that God loves me. It made me cry—in a good way!”

As an introvert, Leibowitz found that the coming out online was much easier than coming out in person. She was also grateful to have the support from her husband before making her announcement. She encourages anyone planning to come out online to have their own support network in place beforehand: “For some, especially minors, safety comes first. Whether the support is family, friends, a religious community, a school community, whatever, it’s important to know who has your back.”

“I do think it emboldened me.”

Healthcare worker and activist Charlie Solidum began his process of coming out as transgender 10 years ago. In the early days of his process, he found a great deal of support in LiveJournal communities.

“I found [the trans community] through other groups I was in, specifically a group for masculine girls,” Solidum said. “I started to see more and more trans men, and then I found the FTM [female to male] group. I spent a lot of time on that group, just sponging up info, learning everything I possibly could about transitioning and being trans. I would stay up late into the night just reading all the posts. It really helped me figure myself out.”

Solidum particularly found that community helpful when he began the process of coming out to his family and friends. “I got to read a lot of people’s stories asking for support around coming out,” he recalled. “There were often questions like, ‘I can’t get this person to use the right name/pronoun/whatever,’ so I had a lot of assertive language to fall back on from the get. I do think it emboldened me.”

After coming out publicly in his daily life, Charlie came out to his wider circle via a Facebook post. “Coming out online was so much easier,” he recalled. “It was really a relief to just make a blanket Facebook announcement to be, like, ‘Yo, here’s my name and pronouns—now deal with it.'”

Coming out over Facebook provided a way for his family and friends to give encouragement: “I think something like 200 people ‘liked’ that status. That was like 30-35 percent of my friend list. It was nuts.”

“I never really thought of that as coming out online, even though it was.”

The first time that psychotherapist Patrick RichardsFink came out as bisexual online was in 2000—but at the time, he did so anonymously. “I first came out online in an anonymous forum,” he recalled. “I never really thought of that as coming out online, even though it was. I thought it was just a slightly larger closet.”

Ten years later, Patrick had become more open about his sexuality, but he had yet to make it, in his words, “Facebook official.” So on National Coming Out Day in 2010, he took to Facebook to make his bisexuality known to a wider audience. With the exception of an acquaintance who took the thread as an opportunity make comments about Libertarian politics, the reactions he received were supportive overall.

“The only person close to me that I hadn’t come out to before was my sister-in-law,” he said. “Her response to the Facebook post at the time was to completely ignore it. We never had a conversation about it. But since then, I’ve noticed that she will occasionally say or do things that acknowledge that I’m out. It’s nice. It’s a quiet support that I get, but it’s support.”