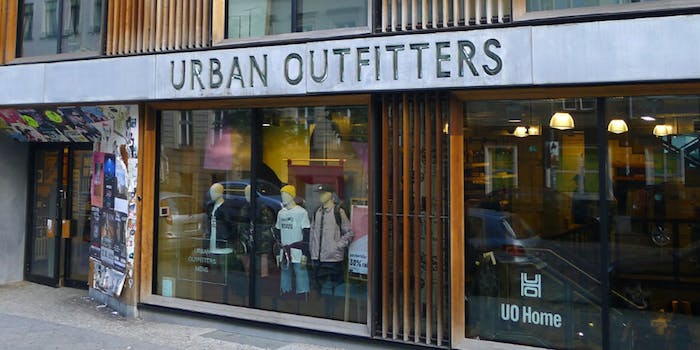 Coachella sues Urban Outfitters in a showdown of festival wear

Allegedly, UO is "trading on the goodwill and fame" of Coachella.

Festival clothes are no longer peaceful and fancy-free: Coachella is about to go toe-to-toe with Urban Outfitters in court.

Urban Outfitters affiliate Free People is reportedly being sued over the brand’s use of the music festival’s name on products that have not been officially licensed. This, WWD reports, can be seen on such Free People’s items as the “Coachella Boot,” the “Coachella Pocket Tank,” and the “Coachella Valley Tunic.” For the time being, Coachella-based Free People products have been taken down from the site: Accessing the Coachella Boot’s page online, for instance, leads to a 404 page, even though the site is still indexed by Google.

In fact, Coachella is upset partly because Free People’s Coachella clothes pop up immediately in a Google search. Coachella, of course, has its own branded appeal, as well as licensing agreements with H&M and Pandora AS, so the company claims that Free People is “trading on the goodwill and fame” of the whole music festival. Combine that with the fact that Urban Outfitters “ignored [the] Plaintiff’s demands to cease their unlawful conduct,” as WWD reports, so filing a lawsuit is the only option available to “protect the famous Coachella marks and to protect the public.”

Coachella is now demanding that all Coachella-named clothing is removed from sale by Free People, and “corrective advertising” is done to show that Urban Outfitters and Coachella have no licensing agreement of any kind.

This isn’t the first time that Urban Outfitters has faced serious criticism. The brand was previously brought to court by the Navajo Nation, under claims that Urban Outfitters was unlawfully selling products under the tribe’s name. The case was later dismissed in court. The company also came under fire for selling a tapestry that looked suspiciously similar to the uniforms given to gay men in Nazi concentration camps, a point that led the Anti-Defamation League to condemn the product’s sale.