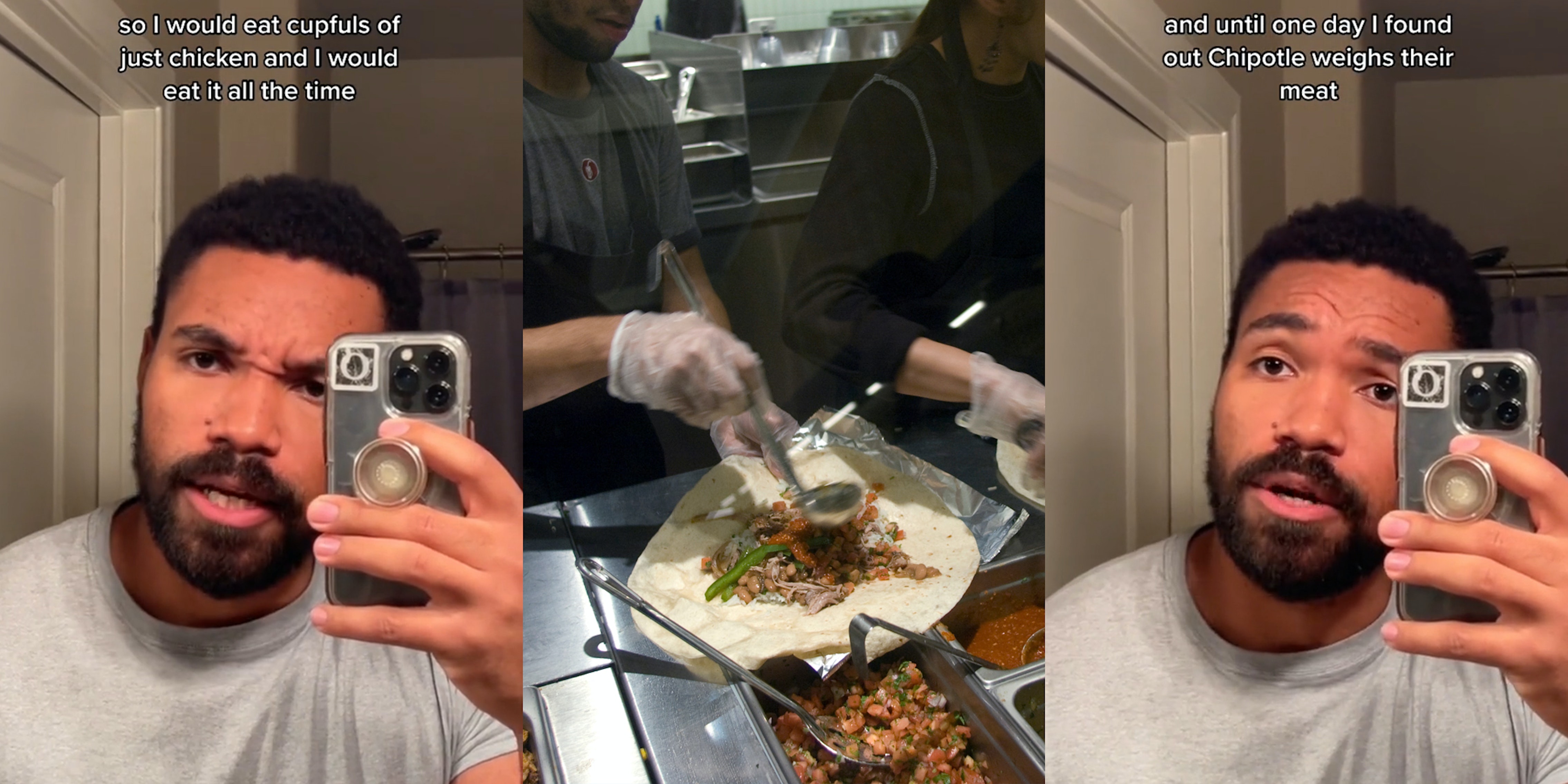 ‘Chipotle weighs their meat’: Former worker says Chipotle found out he was eating the chicken after weighing it

A popular TikToker who says he used to work at Chipotle shared how the Mexican grill allegedly discovered he was eating the chicken on the job.

TikToker Jordan (@jordan_the_stallion8), who has 6.8 million followers, stitched another TikToker who filmed himself eating on the job. In his stitch, Jordan said higher-ups at Chipotle “always find out” when the food is consumed by employees. This is because, Jordan alleged, Chipotle weighs its meat. He says he found this out the hard way.

Jordan explained he worked on the grill and would eat the “cupfuls” of the chicken. “How are they going to find out if I eat the food? I’ll just make more of it,” Jordan recalled thinking. “One day, I found out Chipotle weighs their meat. … What they do is they compare the weight of the meat to how much that has been sold. Those two need to coincide with each other because if they don’t, then they’ll know there’s been meat that’s been wasted.”

He said he then tried to claim he only ate the chicken that one time, but management was one step ahead. “They pulled up (on the cameras) five other times it happened,” he said.

His video served as a warning to @danny_zahran along with other Chipotle workers who may eat the food on the job. “Don’t do this,” he said. “Chipotle always finds out.”

The Daily Dot reached out to Jordan via email and TikTok comment and Chipotle via press email regarding the claim it weighs the meat. The video accumulated 1.8 million views as of Wednesday; viewers who say they have experience working at Chipotle are co-signing the claim in the comments section.

“Lmao the Chipotle I used to work at even weighed the WASTE to prevent shrinkage,” one viewer wrote.

“Former Chipotle grill guy here, he’s right, they absolutely do that. As far as the cameras, find the blind spots,” a second said.

However, there were others who claimed they were allowed to eat cups of meat for “quality control.” Some claimed this all varies by location, and Jordan was unlucky to have worked at one that was meticulous about its inventory.