Chipotle is about to deliver burritos directly to your face

You can now have carnitas delivered into your mouth hole for the low price of $20.

If you’re feeling lethargic and it’s past noon and you’re still wearing your sweatpants, you’ll be pleased to know that you officially have no reason to leave the house, ever. That’s because Mexican chain Chipotle is reportedly now in the food delivery business. Hallelujah! Keep the burrito bowls coming, you guys.

According to Nation’s Restaurant News, Chipotle will be processing orders through the app Postmates, a delivery service Starbucks will also reportedly use later this year. Postmates lets you sign up either as an independent contractor that delivers food to homes, or as a customer that wants food delivered. Think of it as Uber for sluggish foodies.

This isn’t the first time a delivery service has tried to woo Chipotle. “There have been a lot of people that have been delivering Chipotle through various services over the years,” Mark Crumpacker, Chipotle’s chief creative and development officer, explained to Re/code. But with this Postmates delivery deal, Chipotle is making it official.

Naturally, Twitter is brimming with excitement over the news.

THE DAY HAS COME CHIPOTLE IS DELIVERING ACROSS THE NATION

Oh yeah, actually going to Chipotle and watching them make your burrito is TOO MUCH WORK. Now you can sit on your ass while they deliver it.

Unfortunately, satiating your burrito cravings comes with a pretty steep price tag. Due to the added service and delivery fees, an $8 burrito can cost as much as $20 or more. So for instance, if I ordered a burrito bowl through Postmates in Philadelphia, it would cost me a little more than $21, or almost twice as much as a burrito bowl if I picked it up directly at Chipotle.

If you live in New York City, don’t even ask how much it would cost to have your fave Chipotle dishes delivered to your office: 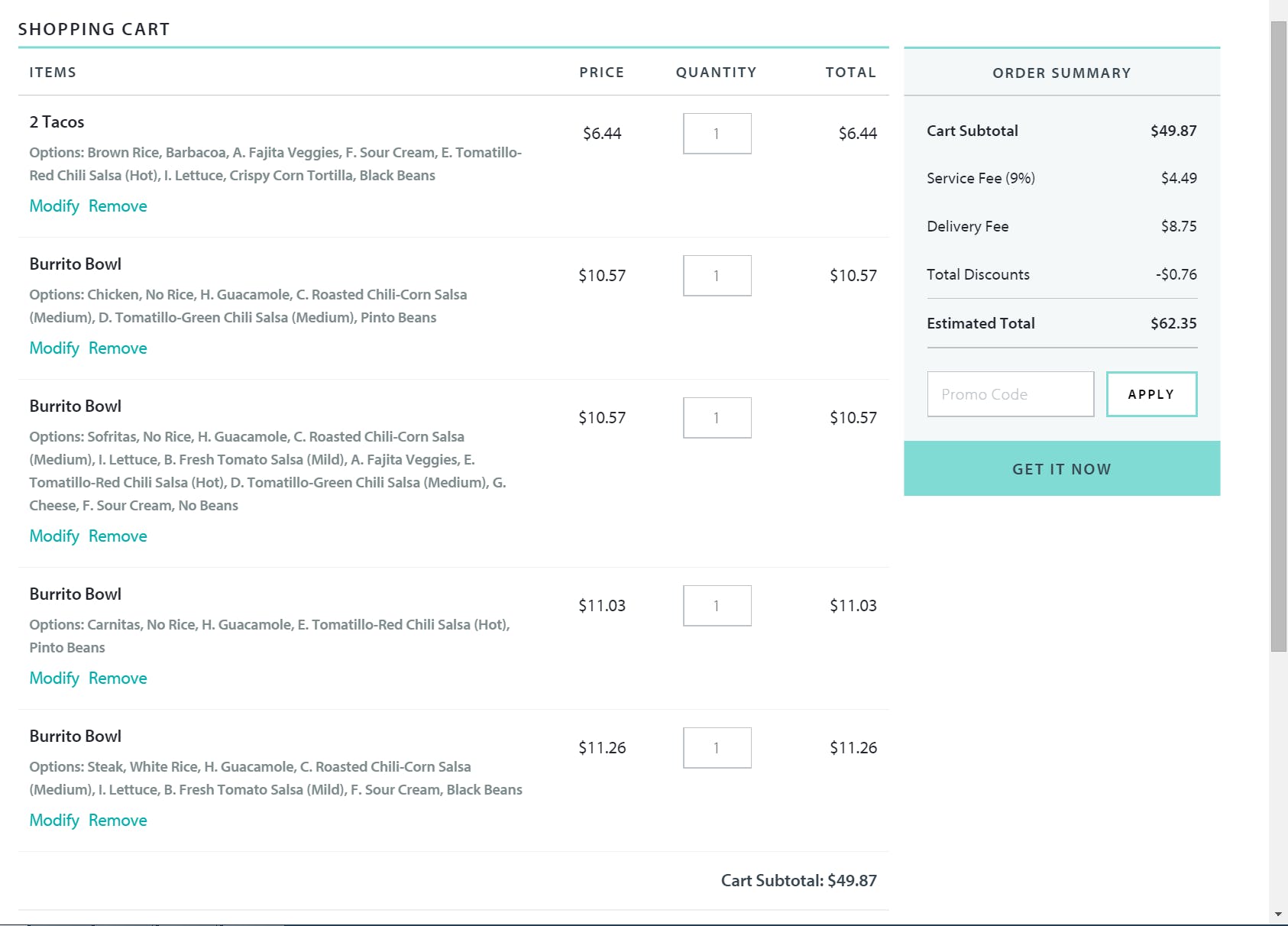 We’re not sure what the deal is with “total discounts” and how you get them, but good luck getting Postmates to deliver to you at all if your address isn’t even on its coverage list.