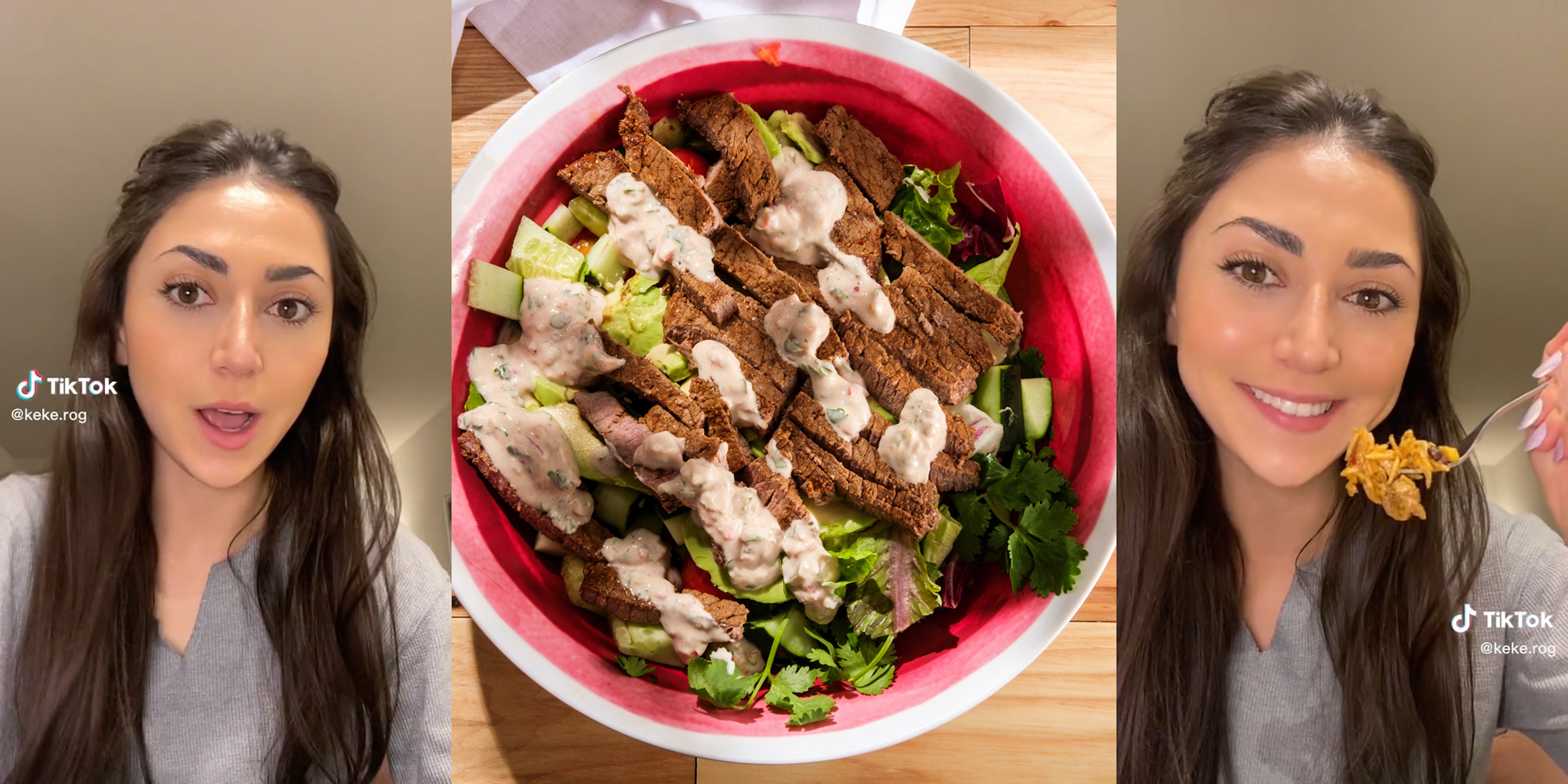 ‘Going out to eat is honestly cheaper these days’: Woman says she spent more to make her own Chipotle burrito bowl at home

'All I bought was the steak, rice, beans, veggies, and one packet of fajita seasoning!!'

For those who are trying to save money, many advise simply eating at restaurants less often. However, as grocery prices continue to rise, some are saying that the cost savings of cooking at home aren’t as great as they once were—and in some cases, they can actually lose money doing it.

Such is the case with TikTok user Keke (@keke.rog). In a video with over 667,000 views, she says that she “really wanted a steak bowl from Chipotle,” but she’s been trying to save money. Knowing this, she decided to go to the grocery store and pick up the ingredients for her very own steak bowl.

According to Keke, she picked up enough of each ingredient to produce 2 steak bowls.

“So instead of spending $13 on a Chipotle steak bowl, which usually lasts me 2 meals, I bought enough ingredients to make 2 steak bowls at home for $35,” she says in the video.

“Going out to eat is honestly cheaper these days,” she adds in the caption.

Going out to eat is honestly cheaper these days

“All I bought was the steak, rice, beans, veggies, and one packet of fajita seasoning!!” Keke exclaimed in a comment. “Everything is just so expensive these days.”

In the comments section, users largely agreed with Keke’s premise, with many noting the difficulties of grocery planning for a single person.

“I feel like cooking at home only saves money for families,” wrote one user. “If you are only feeding yourself, it’s cheaper to eat out in most cases.”

“This is so true. Cooking for one costs soooo much,” echoed another.

“This is exactly why it’s not cheaper for people to eat at home unless they’re feeding a family,” a third agreed.

Several users also detailed that there are other issues that come with cooking at home, such as the loss of free time and the additional work required in both preparation and cleanup.

“And then you have to take the time to shop, cook anddd clean up the dishes. And in the end it still doesn’t even taste as good,” offered a commenter.

“And it only took 3 hours to buy and cook,” joked a second.

Still, some voiced their disagreement.

“Where are y’all buying your groceries??? Because I save SO much money and get 10 times the amount of meals than I would if I went out to eat,” claimed a commenter.

“This argument drives me insane,” stated a further TikToker. “the groceries cost more but arguably many of the ingredients you purchased will last you beyond that specific meal.”

The Daily Dot reached out to Keke via Instagram direct message.