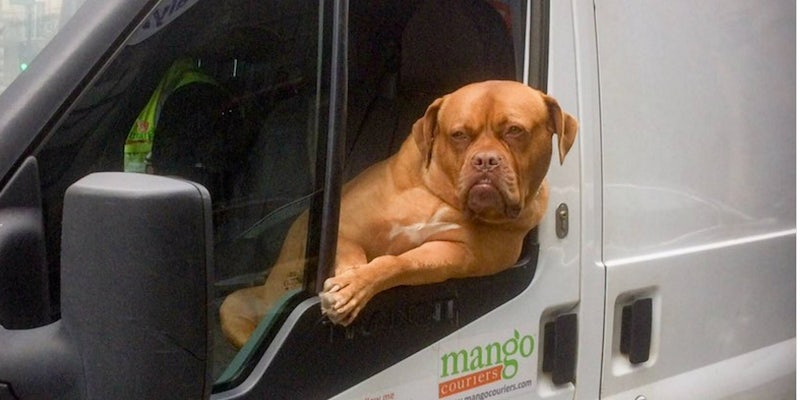 Chill dog cruising around London is the epitome of cool

Just chill... to the next episode.

Earlier this month we paid our final respects to Tombili, the famously chill neighborhood cat immortalized with a new statue in Istanbul. Tombili was a master of the exaggerated lean, but we might have found his French mastiff counterpart cruising around London.

Foxy rides along with her owner for Mango Couriers, a local delivery service in London, and she’s quickly becoming an internet darling. She has her own Twitter and Instagram accounts. Her bio reads: “Mostly seen cruisin’ round London chillin’ in my courier van. Known to drool occasionally.”

She’s been known to stop people in their tracks—or at a stop light—including singer Ellie Goulding.

So certified he made the London snapchat story #ChillGoals

Roxy’s clearly living her best life. We should all be so lucky.