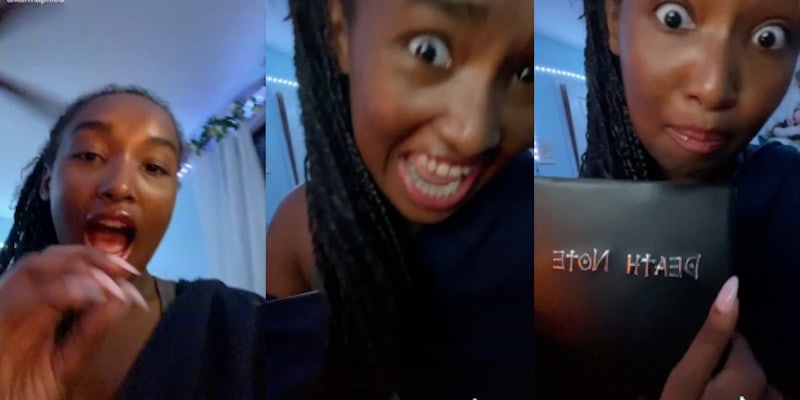 ‘I AM LITERALLY STARVING’: Uber Eats customer says she waited 3 hours for Chick-fil-A to be delivered

'Chick-fil-A, I don't know why you hate me enough to starve me for three hours and then give me this.'

An Uber Eats customer detailed her three-hour wait for her Chick-fil-A order, only for her food to allegedly arrive in less-than-ideal shape.

In a video that racked up 1.1 million views, Karma (@karmapilled) shares with her 30,000 followers that she has been waiting two hours for her Chick-fil-A order, which consists of an eight-piece chicken nugget meal and a cookie.

“They’ve yet to bring it to me,” Karma says. “Either an astroid must’ve hit this restaurant, or all of your chefs spontaneously combusted.”

Many speculated why her order took so long.

“I work at chi fil a this usually happens when you don’t tip them this happen once and we had to throw the food away due to it being out for 2 hours,” another said.

In a follow-up video, Karma gives viewers an update. She said that while her food got delivered, she was missing two chicken nuggets, the fries were cold, the drink was watered down, the cookie wasn’t warm, and her honey mustard dipping sauce was missing.

“Chick-fil-A, I don’t know why you hate me enough to starve me for three hours and then give me this,” she says.

Karma tagged Chick-fil-A in her video, but the company has yet to respond publicly.