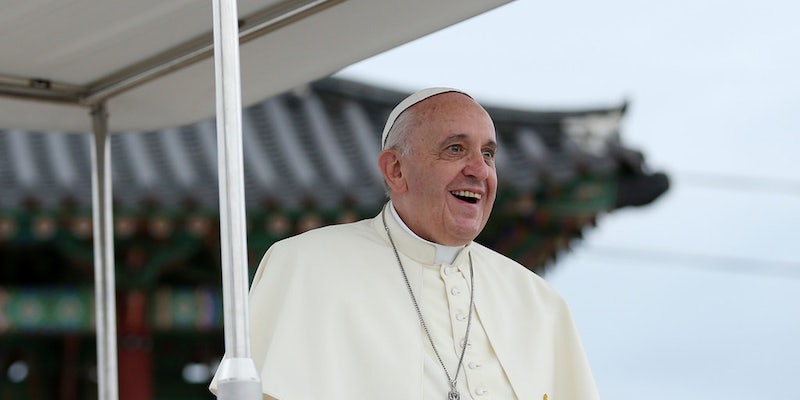 Could the Catholic Church let women serve as deacons?

The pope says he'll think about it.

In what could be a groundbreaking move for the Catholic Church, Pope Francis announced he is looking into allowing women to serve as deacons, possibly bringing an end to the church’s traditional all-male clergy. Go, Cool Pope!

#Actually, in the early history of the church, women already served as deacons, which the pope said he learned from a “good, wise professor.” Inspired by this, he wants to look more into the roles of these women, and if it’s something the church could bring back.

“Constituting an official commission that might study the question?” he asked in a meeting with the International Union of Superiors General, a Catholic women’s group. “I believe yes. It would do good for the church to clarify this point. I am in agreement. I will speak to do something like this.”

He also encouraged the women’s group to remember that “no” is a full sentence, saying if someone asks “you to do something that is more of servitude than service, you are courageous to say no!”

However, we’re still far away from having women in the clergy. The pope said he would create a commission to study the question, which is hardly direct action. But could this be the beginning of a slippery slope of liberal thought that leads us straight to the apocalypse? Maybe!

The (only) two reactions to the whole deaconess thing:
1) This is everything we've ever wanted!!
2) This is the end of the world!!