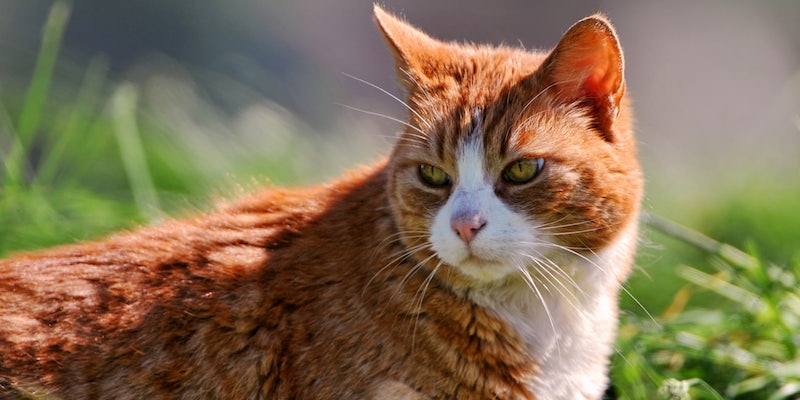 Kitten from viral abuse videos is alive and well

While the French police have arrested the alleged abuser, the kitten from the viral videos is being cared for.

The orange kitten captured on video being abused by a man from France has survived.

The 5-month-old named Oscar was rescued by France’s Society to Protect Animals (SPA) after two Facebook videos of a man hurling it at the side of a building spurred international outrage.

“The animal owned by a resident of the 15th district who had offered his children and was looking for him for 10 days,” La Provence reported according to a rough French translation.”An inhabitant of the city’s Maurelette waited until the perpetrators left the scene to try to recover and help him. He then contacted Oscar’s owner. The cat is being treated at a veterinary clinic for a broken leg. It would be yet in shock, refusing to eat, but his condition should improve quickly.”

The SPA posted the following video of Oscar on Facebook showing that he was OK. It has been liked more than 20,000 times.


The videos, which were initially posted on Jan. 22 before being taken down, were brought to the world’s attention thanks to 4chan’s random imageboard /b/.

The community leaked the abusers name and address online Thursday morning, sending hundreds of tweets to news organizations like Le Monde. /B/ also contacted French police with the videos and information. A petition on AVAAZ.org to find the man and bring him to justice collected more than 135,000 signatures. By Friday morning, French police had arrested the man in the videos. He’s in “custody at the police station in the 15th arrondissement of Marseille,” La Provence added. He is expected in court today. If convicted, he could face two years in prison and a €30,000 ($40,500) fine.