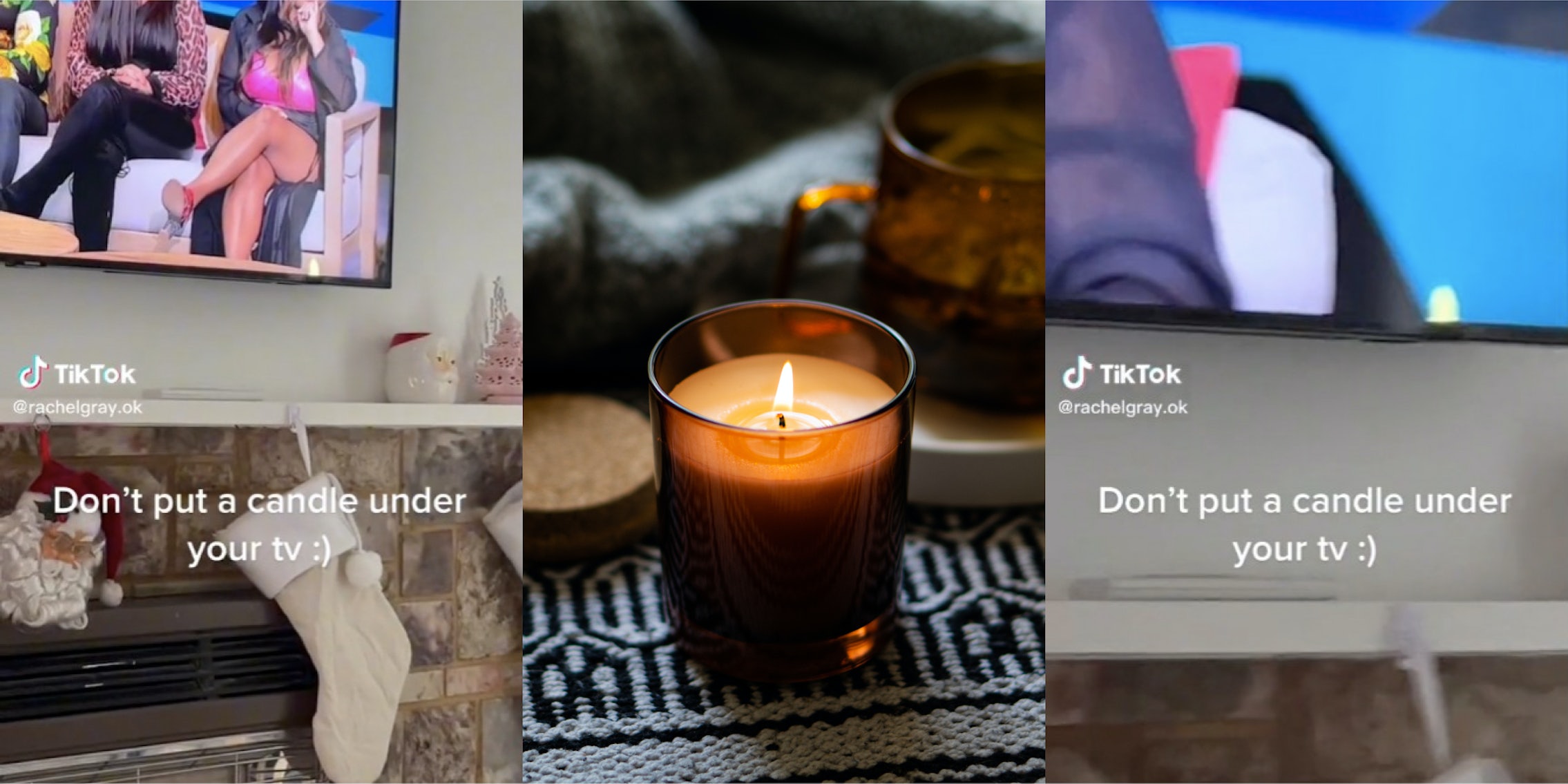 ‘Gotta go remove mine now’: TikToker shares PSA after ‘ruining’ her TV with a candle

'I did this to my computer screen lol.'

A user on TikTok went viral after sharing a simple warning: Don’t put a candle under your TV.

In a video with over 1.5 million views, TikTok user Rachel (@rachelgray.ok) shows the mark that a candle apparently left on her TV. She claims in comments that she moved the candle underneath the television set while she was “sleep deprived,” only to move it away once she realized her error.

However, it was too late.

“I’ve ruined our tv fml,” Rachel writes in the caption. In the video, viewers can see a white-yellow mark on the television screen that is seemingly permanent.

At first, some users were critical of Rachel’s decision to put a candle under the TV in the first place, even though she was sleep-deprived at the time.

“How are folk actually not figuring this out without stupidly doing it in the first place?” one user asked.

“You don’t need to tell us as we aren’t that stupid,” another stated.

However, other users were quick to defend Rachel, with many saying they had also learned the same lesson the hard way.

“Sadly i had this ya live and learn experience too,” one commenter wrote.

“I did this to my computer screen lol,” a second added. “glad I’m not alone.”

“Happened to me too,” a third shared. “There’s a hole in the bottom.”

“I did this once…my mom doesn’t allow candles in my room anymore,” another added.

Some said that Rachel’s video inspired them to move their own candles to avoid a similar incident.

“Thanks bestie, gotta go remove mine now,” one user wrote.

“Brb going to move my candle,” another commented.

The Daily Dot reached out to Rachel via TikTok comment.