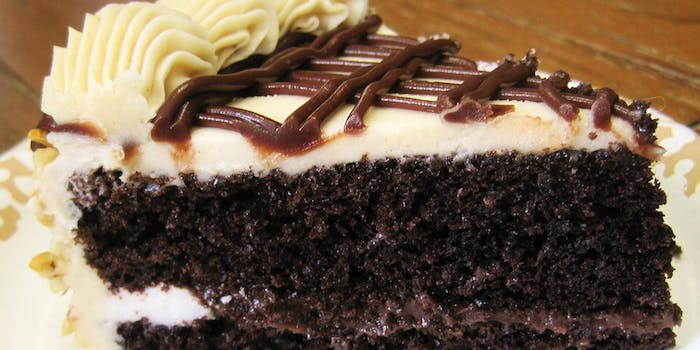 An Arizona news director is off the job, but he's leaving his colleagues something delicious.

KOLD News 13 has lost its newscast director but gained a giant cake.

Mark Herman, who led the newscast at the Tucson, Arizona TV station for four years, submitted three weeks’ notice on Friday. But to mix things up a bit, he wrote it in friendly business language on top of a cake, replete with a scribbly business-like signature at the bottom.

Though Herman is resigning, he “will miss KOLD and all the incredible people [he has] worked with,” he wrote on Reddit. Such a sentiment becomes twice as sweet when you write it on top of a cake. It just goes to show you that it’s possible to quit your job and be classy at the same time.

Now let’s get a load of that cake and cake-letter. 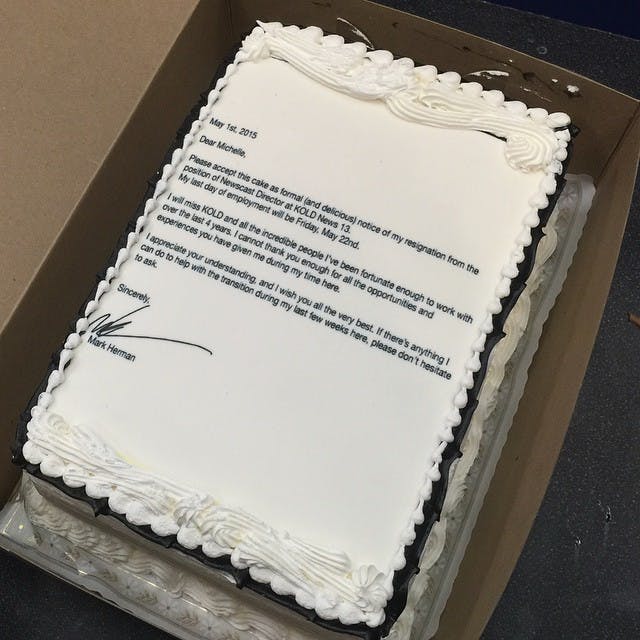 Please accept this cake as formal (and delicious) notice of my resignation from the position of Newscast Director at KOLD News 13. My last day of employment will be Friday, May 22.

I will miss KOLD and all the incredible people I’ve been fortunate enough to work with over the last 4 years. I cannot thank you enough for all the opportunities and experience you have given me during my time here.

I appreciate your understanding and I wish you all the very best. If there’s anything I can do to help with the transition during my last few weeks here, please don’t hesitate to ask.

There’s an awful lot of acrimony generally attached to quitting one’s job. Just consider one Redditor’s response to seeing the cake: “That’s nice. My resignation letter is going to be something like a death threat written in bile and blood on the fur of a virus-infested monkey staked to the back of a flaming pig—set to the sound score from The Omen. It’s sad that I won’t be able to adequately express my true feelings.”

Kudos to Mr. Herman for finding a playful way to leave on good terms.