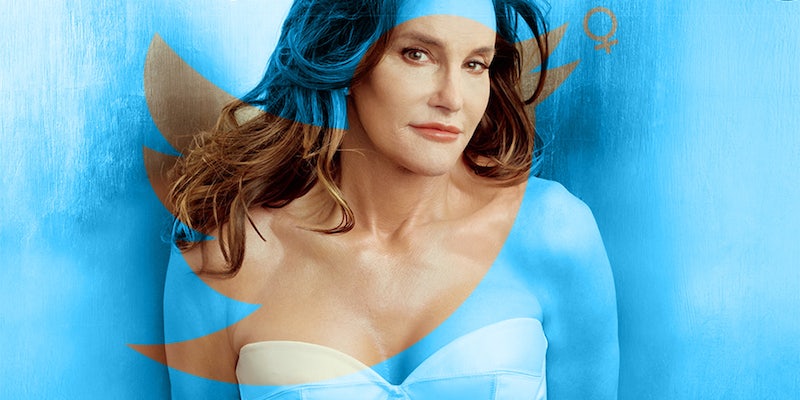 There's a major problem with the way people on Twitter are talking about Caitlyn Jenner.

Caitlyn Jenner, the new name of the retired athlete and reality TV star formerly known as Bruce Jenner, was unveiled to the world at noon on Monday, June 1. Within minutes, Twitter was ablaze with comments and congratulatory remarks, as well as transphobic comments and slurs.

Following Jenner’s announcement, one major problem that became apparent was the incorrect use of names and pronouns. Otherwise responsible media outlets like Associated Press misgendered Jenner, calling her “he” and “Bruce” even while breaking the story of her name and pronoun change.

The @AP and the Terrible, Horrible, No Good, Very Bad Tweet pic.twitter.com/dvNgGPh1Bs

To clear up any remaining confusion over Jenner’s gender and use of pronouns, one Twitter user has created an account that exists solely to reply to tweets that use the word “he” to describe her. The She_Not_He bot sends out a reply tweet reading “It’s she, not he. Thanks!” to what appears to be any tweet with the words “he” and Jenner (Bruce or Caitlyn) included in the same paragraph.

Some of the tweets the bot responded to displayed a basic level of ignorance and discomfort with transgender people and issues.

But other tweets the bot corrected were actually addressing the incorrect use of pronouns in the first place. Hey, no botty’s perfect.

Mkay, calling Caitlyn Jenner "he" is offensive as hell. Calling her "it" is even more offensive and dehumanizing above all.

As the Internet continues to blow up with reactions to Jenner’s drop-dead gorgeous glamour shots, her brand new Twitter account, @Caitlyn_Jenner, is set to break the record set for the most followers in the shortest amount of time. President Obama holds the previous record after reaching one million Twitter followers just five hours after sending his first tweet. As of the time of this writing, Caitlyn has 858,000 followers.