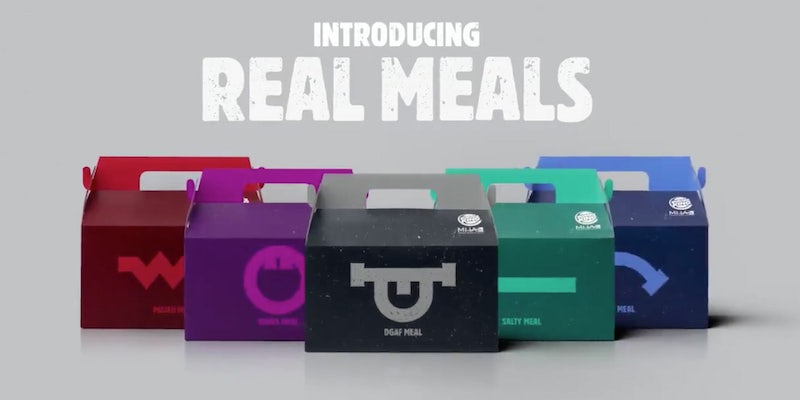 The internet asks about the mental health of Burger King employees

The fast-food giant's ad lands with a divisive thud.

Burger King this week released an ad addressing mental health. It’s been divisive and attacked online for tone-deaf qualities. It’s also prompted many on Twitter to ask how the burger giant treats its own labor force.

The ad features everyday struggles of people—from a man feeling low in his bedroom, to a high school student feeling bullied in school, a working woman angry at her boss, a young man anxious about having to pay student loans, a young man ghosted by a date, and a young woman feeling judged for likely being teen mom.

“Not everybody wakes up happy,” the ad starts off with the man in his room saying. “Sometimes you feel sad, scared, crappy. All I ask is that you let me feel my way.”

Suddenly, they all sing “all I ask is that you let me feel my way,” each in a triumphant moment of owning their feelings.

“No one is happy all the time. And that’s OK,” the ad reads, showing the different “emotions” attributed to the meals in their range: Blue meal, YAAAS, pissed, salty, and DGAF, which is when the burgers finally become relevant in the ad, and the hashtag “#FEELYOURWAY” is introduced.

Some people initially seemed to enjoy the offbeat ad.

if burger king wanted to do something about mental health problems they could pay their workers more. https://t.co/Cjiged0PvT

"Burger King has also announced it will continue not offering health insurance to American employees, as well as continuing its policy anxiety-inducing shift management and lack of job stability."

So I guess I want to ask @BurgerKing is what they're doing for the mental health of their employees. Are they getting access to free/low-cost counseling? Is there healthcare? A living wage? A clear channel to report harassment? Paid sick leave? Or just boxes for the 'gram? https://t.co/QyX8ilaf5k

Financial stress has previously been linked to depression and with Burger King paying workers a minimum wage of $8.26/hour, a little over the national average, the optics for the fast-food chain were easy to call out on Twitter.

According to a job posting on Glassdoor, the company advertises medical, vision, disability, life, and travel accident insurance to “eligible employees.” It doesn’t mention mental health, and even with the insurances it does offer, past and present employees have left poor reviews about the limitations of Burger King’s coverage.

BURGER KING: “No one is happy all the time.”

BURGER KING EMPLOYEES: “Maybe because you expect us to live on $8.76/hour.” pic.twitter.com/L1NrCPqyGu

BK Employee: "Hey boss, I need an extra day off to go see my therapist."

BK Manager: "Either you work the hours you're scheduled or you're fired."#truestory #feelyourway

feeling down? come to burger king where we pay our employees $8.70 an hour. we definitely care about mental health and this isn't a cheap ploy to appear "woke" https://t.co/RgcCtNNwnM

if burger king wanted to do something about mental health problems they could pay their workers more. https://t.co/Cjiged0PvT

And many expressed other reservations.

Long day of testifying today. Should I unwind with a new Burger King sad meal? #BarrHearing

if i’m in a burger king and hear someone order a “yaaas meal” i will unlife myself right there on the spot https://t.co/Tn2OET9y6S

This aint it chief.

hi yes burger king? i'll have the "can't satisfy a woman" whopper and a large fry. thanks. thanks for understanding.

The MHA, ahead of the ad’s release, expressed excitement with the campaign. “While not everyone would think about pairing fast food and mental health, MHA believes in elevating the conversation in all communities in order to address mental illness Before Stage 4,” the MHA said in a statement on its website. “By using its internationally-known reputation to discuss the importance of mental health, Burger King is bringing much-needed awareness to this important and critical discussion—and letting its customers know that is OK to not be OK.”

The packages are available in only five stores across the country—in Los Angeles; New York City; Austin, Texas; Miami; and Seattle, according to the MHA website.

Color-coded burger boxes, no matter how cute or inclusive of different emotions, will likely not cure depression or anxiety. Burger King did not immediately respond to the Daily Dot’s questions.