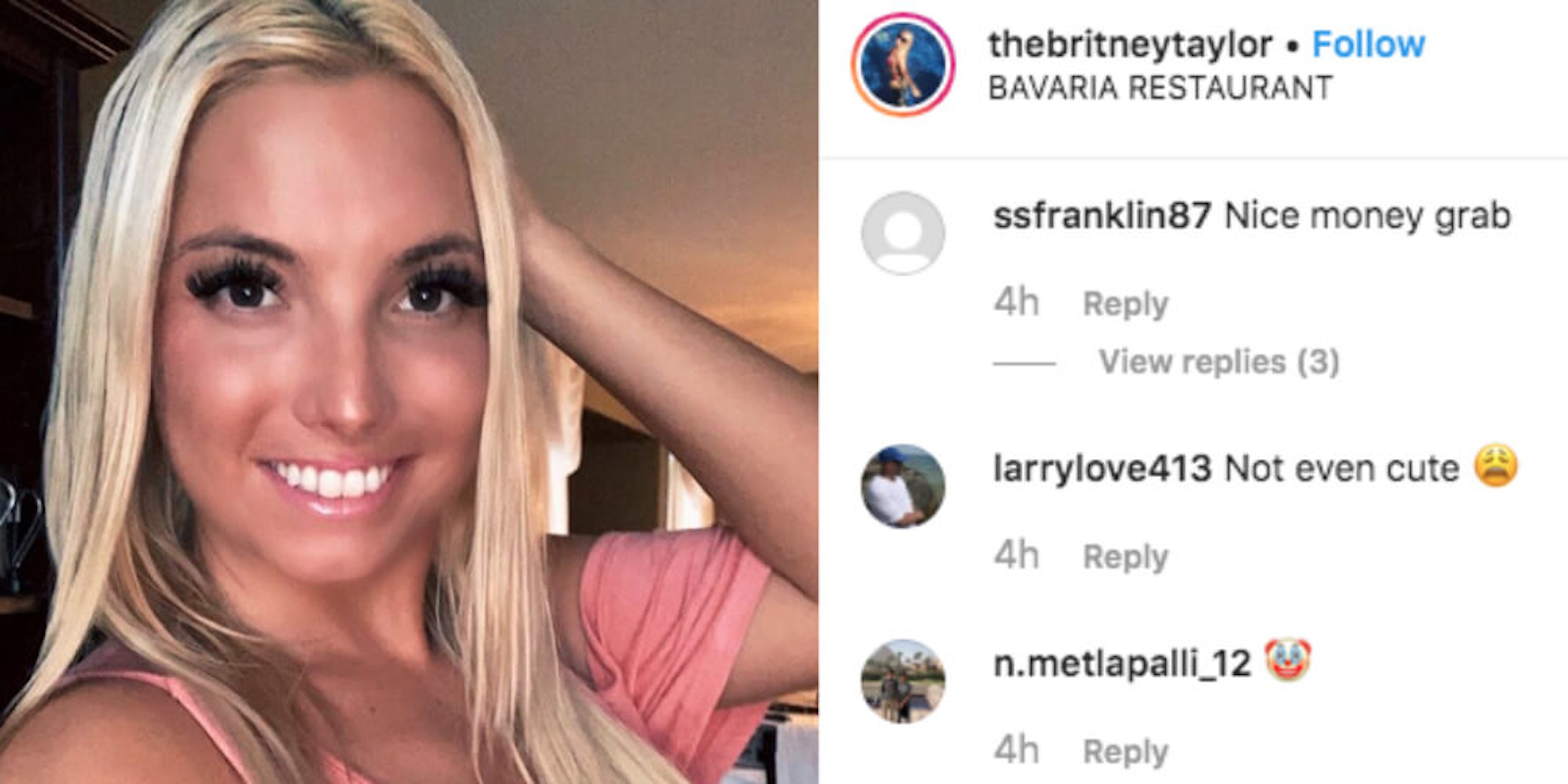 'It ain’t me dawgs. But you can still follow me.'

Antonio Brown was accused of rape and sexual assault by his former trainer, a woman named Britney Taylor, on Tuesday. Angry fans of Brown then flocked to what they thought was his accuser’s Instagram account in order to harass her.

Instead, they began harassing a Canadian online healing coach, whose name is also Britney Taylor and has absolutely no involvement in the matter.

Taylor, who already had more than 5,000 followers on Instagram, told the Daily Dot her account started getting spammed by haters and trolls on Tuesday around 8pm CT, about the same time news broke of the allegations against Brown.

The comments permeating her account range from the eggplant emoji—often used to symbolize a penis—to people demanding her to “stop lying,” calling her a “bitch,” and saying she’s a “money grabber” and should be in jail.

“I was bouta spazz on you until someone told me it wasn’t you,” one Instagram user wrote.

Taylor, who says her account has always been set to “public,” seems to be unfazed by the ordeal. She wrote on Facebook that she had been mistaken for Brown’s accuser, along with several laughing emojis.

“My Instagram is getting blown up. It ain’t me dawgs . But you can still follow me,” she wrote.

She told the Daily Dot she’s received hundreds of followers since the harassment campaign started. She didn’t even know who Brown was prior to the situation.

It’s not uncommon for people to become the victims of mistaken identity on social media in the immediate aftermath of a viral story. A Disney publicist of the same name as Jeffrey Epstein was on the receiving end of a lot of angry tweets after Epstein’s arrest in early July.

Even after Taylor publically announced she’s not the Taylor in question–and comments from others clarified it wasn’t her–she is still receiving harassing comments, such as, “WHY ARE YOU ACCUSING AB?”

“No concern,” she told the Daily Dot. “Nothing they can do over their keyboards that can hurt me.”

While Taylor remains in good spirits, that doesn’t undermine the harassment Brown’s alleged victim faces. At least one person tagged her Instagram account in Taylor’s comments to redirect the trolls to her account. The Daily Dot will not publish the name of the account in order to maintain the alleged victim’s privacy.