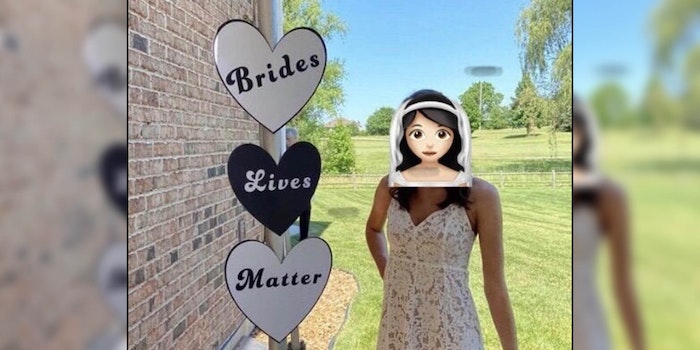 The photo's origins are murky, but that hasn't stopped the internet from piling on.

A photo recently shared on Reddit has become widely mocked for its apparent attempt to make light of the Black Lives Matter movement that has emerged in response to police violence in the United States.