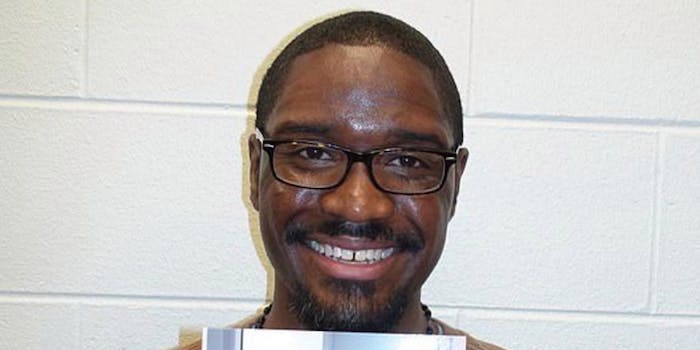 A day after the execution of Brandon Bernard went ahead despite repeated calls and petitions to halt it, people compared his treatment to that of Dylann Roof. It was widely reported that police gave Roof, a white supremacist and mass murderer, Burger King after he killed nine Black people at a church in 2015.

Bernard, a Black man, was convicted as an accomplice in a murder and given the death sentence in 1999 for his involvement in the murder of a couple in Texas. Bernard himself, who was 18 at the time, did not kill the couple.

In the last few months, Bernard’s case drew nationwide attention, including pleas from Kim Kardashian to stop his execution. A Change.org petition that was started two months ago with a target of 100,000 signatures garnered more than 690,000 signatures and was still collecting signees more than 12 hours after Bernard’s execution.

Critics of the execution argued that Bernard was an accomplice, that he did not pull the trigger, and that five of the jurors from his trial have since said he should receive a life sentence instead.

Despite repeated calls for clemency, the Trump administration went ahead with the execution of Bernard on Thursday evening, the first in a series of executions that are the first to take place during a lame-duck period in 130 years.

In a year of massive protests for the Black community, Bernard’s execution has created further grief for many, and they took to Twitter to remind people the stark difference between how Bernard and Roof were treated.

Many recalled the treatment Roof received when police “gently” escorted him from the scene after his murder spree and then gave him food from Burger King while he was in custody. Despite tweets indicating otherwise, Snopes reports that Roof was not taken to a Burger King location.

Within hours of Bernard’s execution, photos of his smiling face next to Roof’s mugshot flooded Twitter. The juxtaposition presented a symbolic glimpse into how the justice system fails Black men and favors white men. “The death penalty only works when you’re Black,” one user wrote in a now-deleted tweet.

“Dylan (sic) Roof a White Supremacist is still alive. Brandon Bernard who wasn’t the shooter in his crime is dead,” actor Kirk Acevedo tweeted. “The justice system varies depending on one’s color.”

Roof was sentenced to death in 2017, and some people pointed that out to argue against the death penalty overall. CNN commentator Keith Boykin said the “solution” is to abolish the death penalty, not execute Roof.

Bernard used his last words to express his apologies to the family members of the murder victims. “I’m sorry,” he reportedly said. “That’s the only words that I can say that completely capture how I feel now and how I felt that day.”