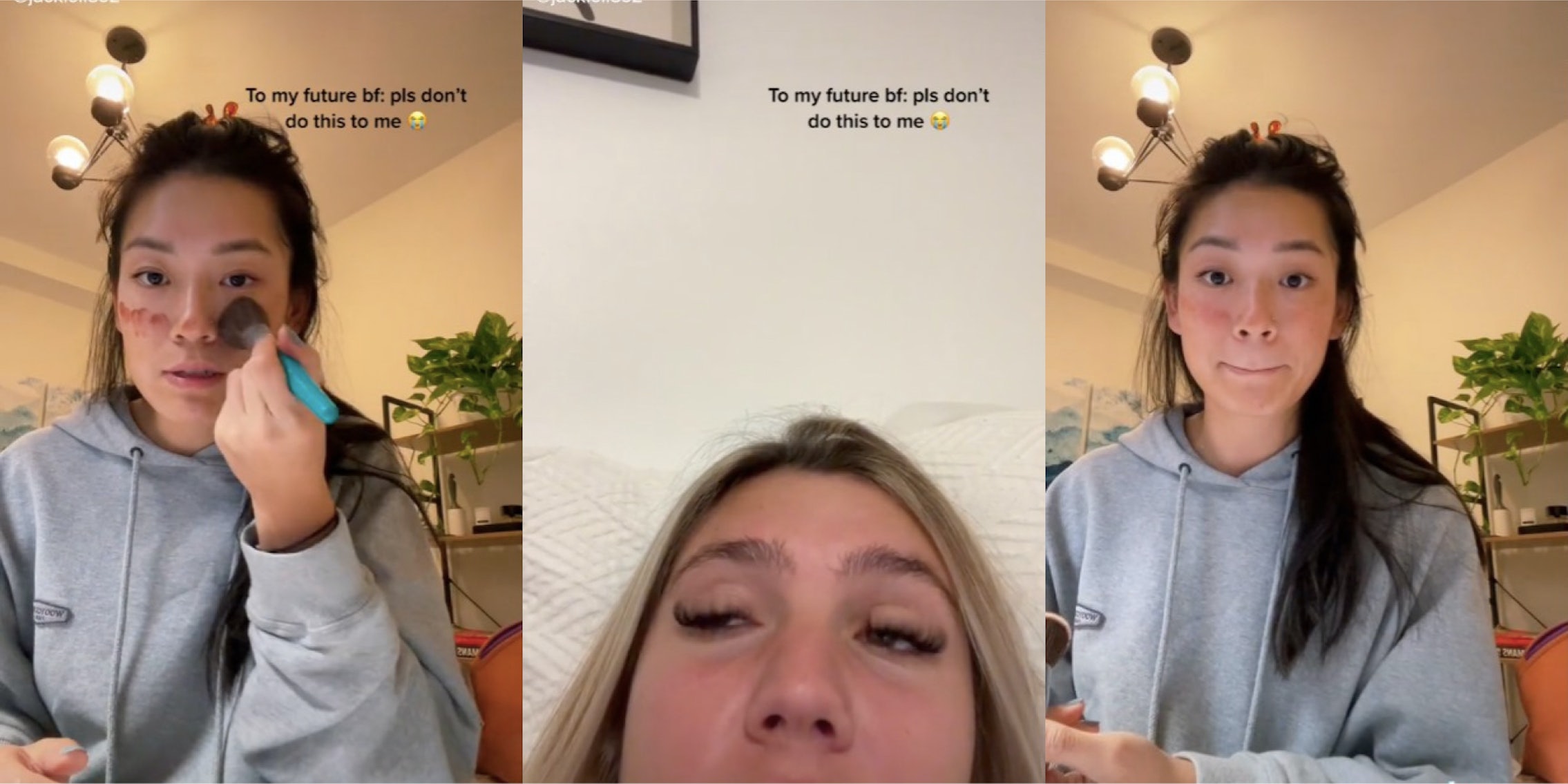 ‘You handled that thing for 4 years’: Woman says boyfriend asked her to Venmo him $7 for cold medicine he bought her

TikToker Jackie (@jackieli852) went viral after sharing a story about the time her former boyfriend sent her a Venmo request after picking up some cold medicine for her when she was sick.

Commenters were shocked at the man’s audacity, with many stating that it’s only natural to want to pick up medicine for someone when they’re sick, even if they’re just an acquaintance. To expect money from them is just plain wrong, even more so when it’s a significant other, TikTokers claimed.

Jackie’s video begins with a stitch from @jacklyn.fit who talked about the time her boyfriend asked her to Venmo him for a cheesesteak he purchased for her. The text overlay reads: “to my future bf: pls don’t do this to me.”

Jackie recounts the time she was feeling really sick and asked her boyfriend at the time to pick up some DayQuil from CVS.

“We get home, he gives me medicine, I’m like thank you so much, I take it I go to sleep. Next day I wake up and he’s Venmo charged me seven dollars for this medicine,” Jackie says. “Like, OK, get your bag but like, at that point we’ve been dating for like four years.”

“I think I prefer a relationship where it’s like, ‘hey I’ll get this, you’ll get that next time,'” she continues. “We’re not like keeping track of like our expenses like dollar by dollar, I should’ve known but you know, we’re not together anymore so, wasn’t meant to be.”

Jackie’s clip hits on a common source of contention between couples: money. CNBC wrote that folks are 10 times more likely to leave their partner if they’re not adept at managing their finances. There are tons of other examples of anecdotal relationship strife circulating the web where people mention that money, in one capacity or another, has played a part in couples deciding to go their separate ways.

Jackie thought it was ludicrous that someone she was dating for four years would ask for seven dollars after getting her medicine when she was sick, and there were many other commenters who believed this move killed any type of romance between the two.

“Picking up cold medicine on his way home is NOT super nice or sweet,” another argued. “That’s literally something you shouldn’t even have to ask for.”

“When you said 4 years my jaw dropped,” a user said. “Can’t even get you cold medicine without the venmo request after 4 years.”

“Get your bag? It was 7 dollars How was he not embarrassed,” another concurred.

One user said, “You handled that thing for 4 years.”

“I would do that for a coworker without asking for reimbursement,” a viewer wrote. “Like literally when someone calls out of work I ask if they need meds and either stop by with smth or DoorDash meds.”

The Daily Dot has reached out to Jackie via TikTok comment for further information.