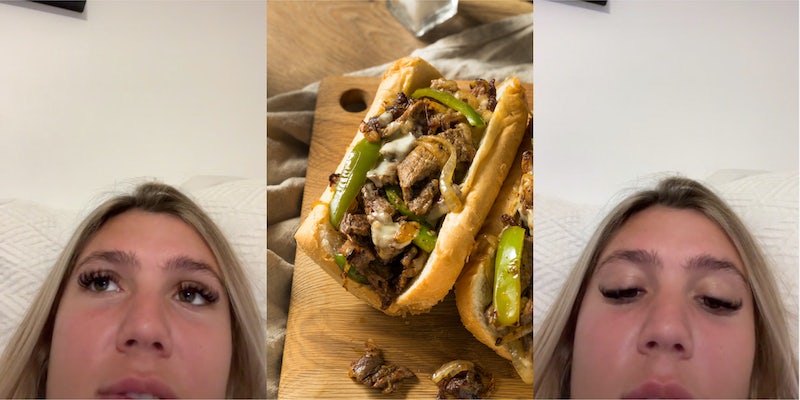 'Even worse when they’re married.'

A woman says she spotted a girl paying her boyfriend for a “cheesesteak” via Venmo when she checked the app’s dashboard in a now-viral TikTok, sparking debate about splitting the bill in relationships.

In the video posted by TikToker Jacklyn Romano (@jacklyn.fit) on Nov. 5, she says that she “occasionally” goes on Venmo to see the transactions that show up in her feed.

“You know what really cracks me up? Just occasionally going on Venmo and seeing a girl Venmo her boyfriend like, ‘Cheesesteak,'” Romano says in the clip. “Like, your boyfriend really couldn’t pay for your fucking cheesesteak? I’m fucking embarrassed for you.”

The video is captioned, “I prefer being single bc yall r embarrassing.”

I prefer being single bc yall r embarrasing

The video has reached over 934,000 views as of Monday, with users debating whether it’s “embarrassing” to split the bill or reimburse their partner in the comments.

“I saw an old friend venmo her man for goggles on their honeymoon,” a commenter said.

“Even worse when they’re married,” another wrote.

However, others criticized Romano for “judging” others’ relationships, pointing out that not all couples are financially stable.

“I see your point but also it’s hard to be in your 20s and 100% financially stable so I see nothing wrong with splitting things,” one user wrote.

“Me and my bf live together and we split basically everything and Venmo all the time I don’t see anything wrong w this lmao???” another said.

“Maybe let people do what’s right for their financial situation,” a third added.

The Daily Dot reached out to Romano via email contact form.