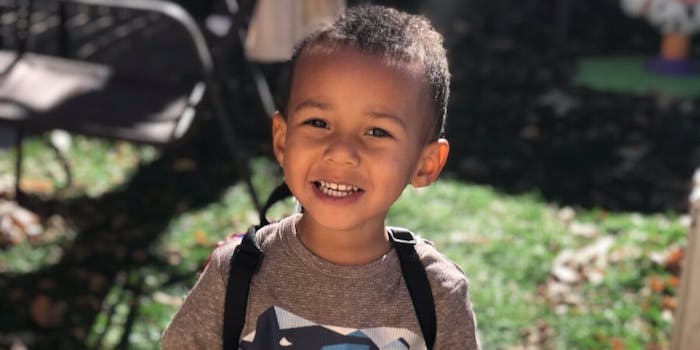 His mom said she chose not to give him medication.

A boy whose mother reportedly sought advice in an anti-vaccination Facebook group died on Wednesday, according to reports.

The Colorado mother told KKTV11 that her son, referred to as Najee or Najee Jr., was the only one of her kids who wasn’t sick. The others had the flu.

According to a GoFundMe set up when Najee was put on life-support, the 4-year-old’s parents wrote, “Najee seemed normal and not in as bad of a condition as his brothers.” His three siblings, one of whom is 10 months old, all had the flu. The campaign had raised $9,190 by Friday afternoon.

According to an NBC investigation, the mother sought advice in one of many Facebook groups for people who refuse to vaccinate their kids.

The mother shared her concerns on “Stop Mandatory Vaccination,” which has 140,000 members, according to NBC. She wrote in the post that the doctor had prescribed Tamiflu for everyone in the family after two of her kids were diagnosed with the flu.

Four days later, her son died. According to NBC’s review of the comments on the mother’s post, no one advised her to get medical help. She shared that she was using “natural cures” such as peppermint oil, Vitamin C, and lavender, but that none of it was happening.

In a statement to the Daily Dot, Facebook encouraged users to consult with doctors for medical decisions.

“We continue to take steps to connect people on Facebook with accurate health information from expert organizations, including linking to Center for Disease Control resources when people join groups like this one,” the statement said.

The mother reportedly posted in 2017 that she did not vaccinate her child.

After the boy’s death, some social media users shared their anger toward the parents.

“This mom killed her child, and now she started a GoFundMe,” one commenter wrote. “With a story that is totally different than what actually happened on the anti-vax Facebook page.”

The father of the kids responded to backlash he’s facing online, saying that he doesn’t “look at none of it.”

“The negative comments—keep (them) to yourself because at the end of the day,” Najee Jackson said. “What’s important is that each one of these parents goes home and kisses their kids.”

The Daily Dot has reached out to Facebook and will update the report if they respond.