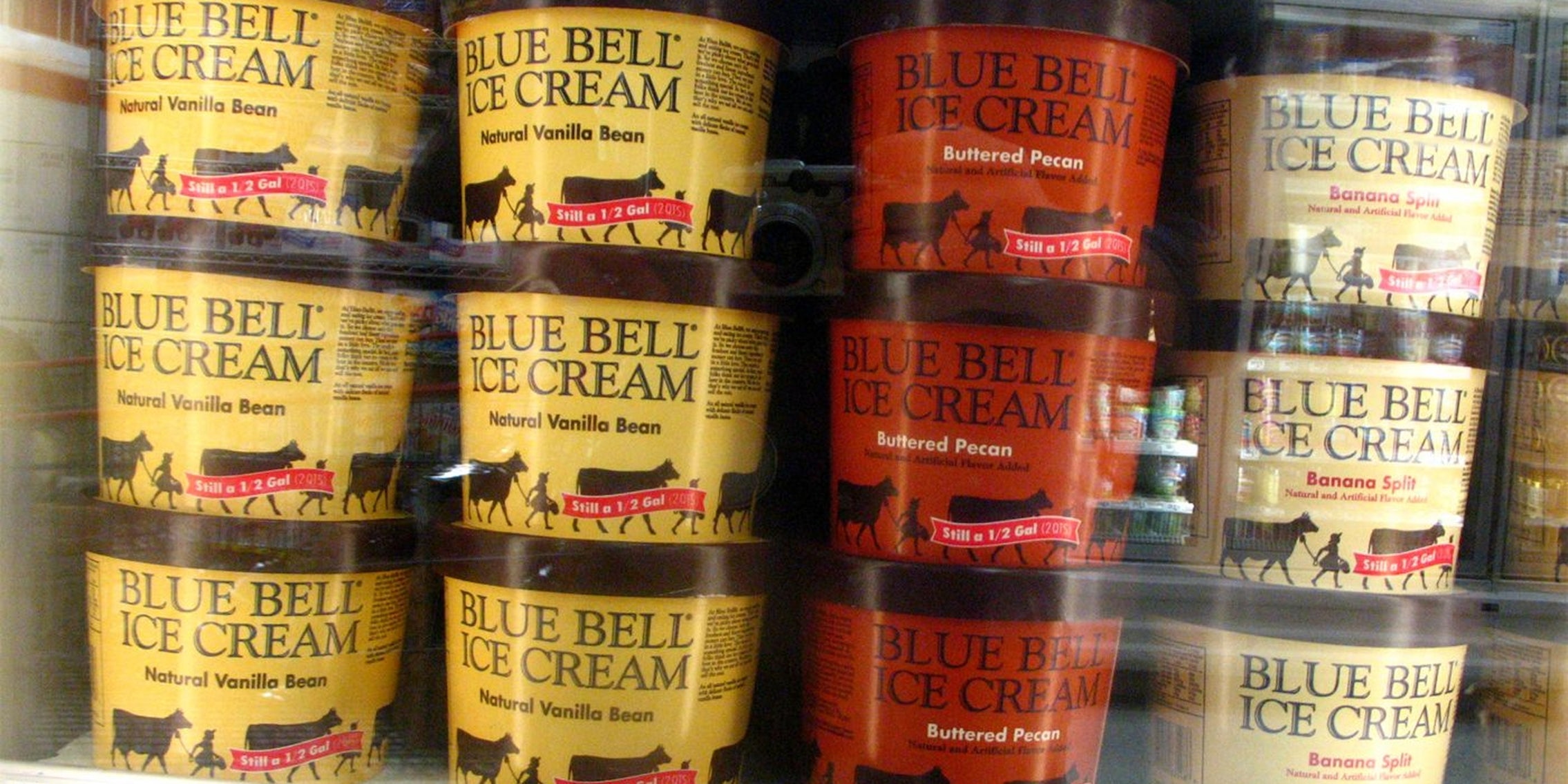 I scream, you scream, we all scream for the return of Blue Bell.

When three people lost their lives back in March after eating contaminated Blue Bell ice cream, the company pulled its items for four months. Now Blue Bell is back and cartons are flying off the shelves, despite that whole poison thing.

Blue Bell creameries voluntarily pulled products made at its Oklahoma facilities following the discovery that a few of its products had tested positive for listeria. According to the Centers for Disease Control “Listeriosis is a life-threatening infection caused by eating food contaminated with the bacterium (germ) Listeria monocytogenes (Listeria).” Production ceased following the outbreak and Southern ice cream lovers wept.

But the regional nightmare is over, and people flocked to stores in Texas and Alabama on Monday to get their spoons in a pint of dairy-laden goodness. Blue Bell is now available in Homemade Vanilla, Dutch Chocolate, The Great Divide and Cookies ‘n Cream, with other flavors to come.

Before the cherished ice cream returned on Monday, Tex. grocery chain H-E-B announced it would limit the amount of product per person “to ensure more customers can receive this Texas favorite,” according to the Statesman. While it might seem like an overreaction to outsiders, things got real on Monday, with stores running out of stock.

People in the region were so excited, that they opined that the Tex. government recognize the gravity of the day in some way.

But threat of illness or death be damned: You do not mess with Texas [ice cream.]

Photo via jonny.hunter/Flickr (CC BY 2.0)