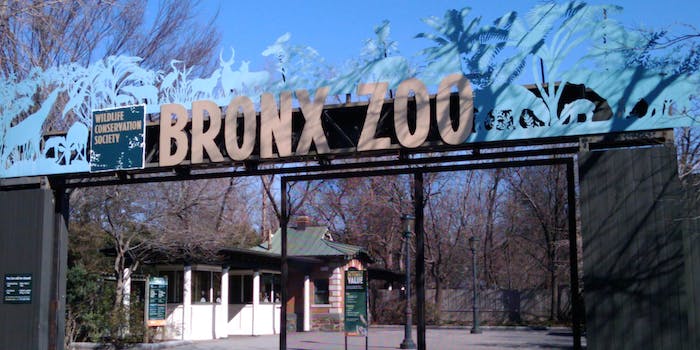 The students' lawyers say the slideshow was 'deliberately racist.'

The parents of three high school students are seeking legal action after a photo from a class trip to the Bronx Zoo was used to compare the children, who are Black, to monkeys, NBC News reports. The incident took place at Longwood Senior High School in Long Island, New York.

A $12 million dollar lawsuit against the school district following alleges the students were “deliberately persuaded, tricked and cajoled” by their teacher, who asked them to pose for the photo. In the image, the students can be seen standing lined up with their hands outstretched and resting on the shoulders of the student in front of them. According to NBC News, the photo was taken next to the gorilla exhibit. In the slideshow, the photo was captioned “Monkey do.”

Longwood Central School District Superintendent Michael Lonergan said the image was “culturally insensitive” and “an unfortunate lapse in judgment” in a statement on Wednesday.

“Without the intent of doing so, the photo was taken without fully understanding the sensitivity or the hurt it may have caused and reminds us that we must be more aware of the feelings of our multicultural population,” Lonergan said.

Patch.com reports that the law firm representing the students describes the incident in a similar manner. The law firm of Ray, Mitev & Associates said the photo was used “for racially discriminatory and offensive purposes” and shown to students in a zoology class.

The school district did not immediately respond to the Daily Dot’s request for comment.