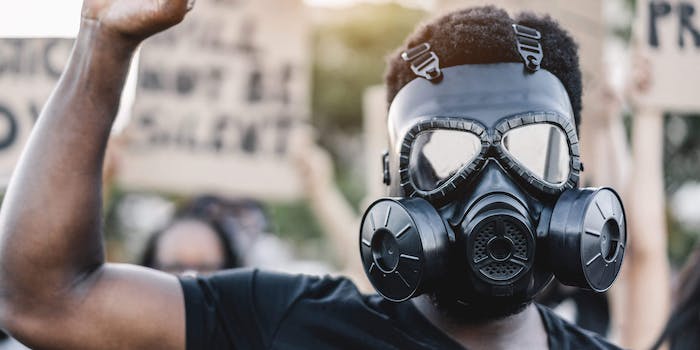 Organizers, Black Lives Matter advocates, and sex workers are invited to respond to the survey.

Social media is a blessing and a curse for activists, sex workers, and community organizers. So how are content moderators treating these vulnerable groups amid the Black Lives Matter protests? One sex worker collective focused on technology is searching for the answers.

Hacking//Hustling has organized a sex worker peer-led research team to perform a “landscape analysis of content moderation and changes in online users’ experiences” since May. The study began on Monday with a survey asking users about their “social media and financial technologies” experiences. Any social media users who do organizing work, sex work, or engage in online activism for Black Lives Matter are invited to respond.

The collective will use this data to explore how these groups are affected by social media websites and financial organizations.

“We are interested in exploring what changes are being noticed in content moderation and algorithmic curation as the [Black Lives Matter] protests continue throughout the world,” Blunt told the Daily Dot. “I believe that a lot of the censorship that we see and will continue to see in the states will come through ‘reduced visibility’—though with the US Agency for Global Media hostile takeover, we are going to be seeing more overt forms of censorship as well.”

By collecting this data, Hacking//Hustling hopes to not just unpack social media tactics used against marginalized users but “figure out workarounds of sharing important information” despite hostile content moderation.

To participate in Hacking//Hustling’s study, head over to the Content Moderation and Experiences Online Survey questionnaire on SurveyMonkey. Respondents have one week to fill out the survey, after which Hacking//Hustling will immediately begin analyzing data. Hacking//Hustling’s survey is anonymous and protected with secure sockets layer encryption, although the organization suggests participants use Tor Browser and a virtual private network for added security.

While a dedicated report will not be available for several months, Blunt said key insights will be shared “as quickly as possible” given the urgent need to protect marginalized users.