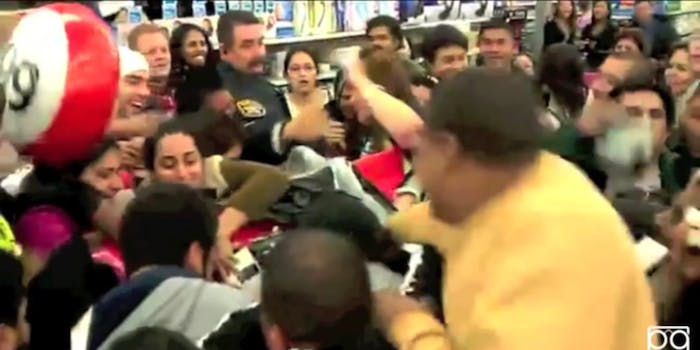 Has anyone made a legitimate horror movie about Black Friday yet?

This year, employee protests against Thanksgiving hours have multiplied on the Web. Several stores, like Target and Walmart, will still open tonight, in an effort to cash in on Black Friday sales a few hours earlier.

You might be tempted to grab your keys and head out, but maybe watch this Black Friday shopping compilation, or read these employee horror stories instead, to lose all faith in the human race.

That said, here’s a morbid website to bookmark for later and refresh into the early morning hours: The Black Friday Death Count, a collection of all the deaths and injuries that have occurred on Black Friday since 2006. Last year, two people were shot over a parking space at a Florida Walmart. In 2011, two separate pepper spray attacks injured 40 people total. Actually, Walmart figures into quite a few of these incidents. So, probably stay away from Walmart.

Here’s the statistics as of publication, but expect those numbers to creep upward over the next couple of days. 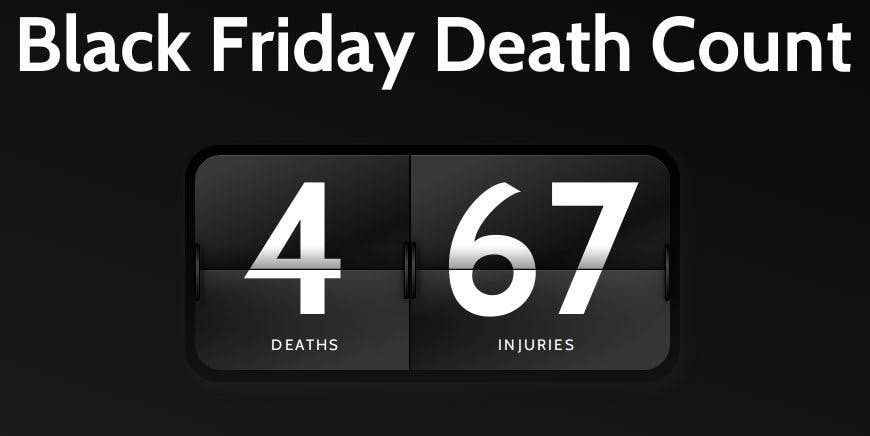 There’s also this disclaimer at the bottom:

“Not affiliated with a certain site, with a strikingly similar layout, touting Cyber Monday death counts. Spoiler: there aren’t any!”

Has anyone made a legitimate horror movie about Black Friday yet?