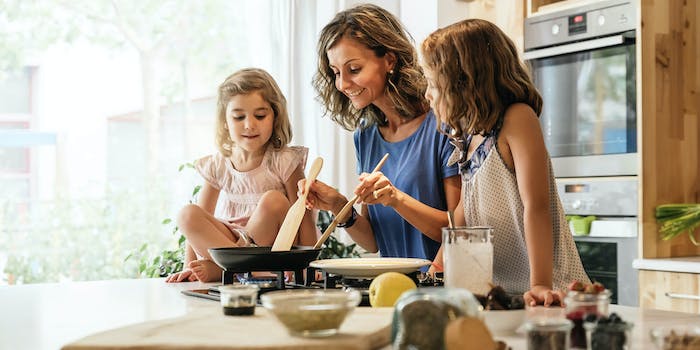 Get creative with your time at home.

Having to stay at home all the time sounds less than fun when you don’t have a choice. That said, life is what you make it, so you can mope about it or figure out something to do with all your newly discovered free time–like writing a book, going all Konmari on your closets, or taking online cooking courses.

The idea of becoming a good chef might seem intimidating if all you know how to do is microwave frozen dinners. That said, choosing the right teachers makes it easy to learn even for the greenest cook-to-be. And what if the teachers you learned from were well-known badasses like Wolfgang Puck, Thomas Keller, and Alice Waters?

Thanks to a nifty little service called MasterClass, that idea can become a reality. The online class site offers something that no other like it does: the ability to learn from masters of every craft. Learn the art of film from Martin Scorsese, scientific thinking from Neil DeGrasse Tyson, and acting from Natalie Portman. And the site is running a BOGO deal on memberships right now, so you can gift one to a fellow friend who’s just as stuck at home as you are.

But we’re here to talk about keeping yourself fed during a quarantine, so let’s focus back on cooking. These are the three classes we recommend taking right off the bat to get expert instruction.

Y’all know the James Beard award, the thing culinary professionals get when they’re really, really good at their jobs? Wolfgang Puck has five of them. The man knows what he’s doing. In this series, he teaches everything from his culinary philosophy to some of his favorite recipes. And with the longest of his class series clocking in at 20 minutes, we’re pretty sure you can find the time to learn from him.

Thomas Keller is the most decorated Michelin Star winner in America, so if you don’t know him, we suggest you give this MasterClass series a shot. He actually has three complete collections: one for beginners that will also teach you how to make veggies, pasta, and eggs to perfection, one for mastering how to make meat, sauces, and stocks, and one about seafood, sous vide, and desserts. Each lesson is brief and easy to watch, and best of all, having a MasterClass membership gives you full access to all three.

If you’ve heard the phrase “farm-to-table” before, that’s because Alice Walker more or less invented it. Her restaurant Chez Panisse is now famous for its use of local, organic ingredients, which spawned the trend. Also a James Beard winner, Walker’s class series focuses on using fresh ingredients and mastering the art of cooking to the season. The bite-size episodes are so easy to digest (yes, I meant that pun) that you’ll be ready to create in your own kitchen in no time.