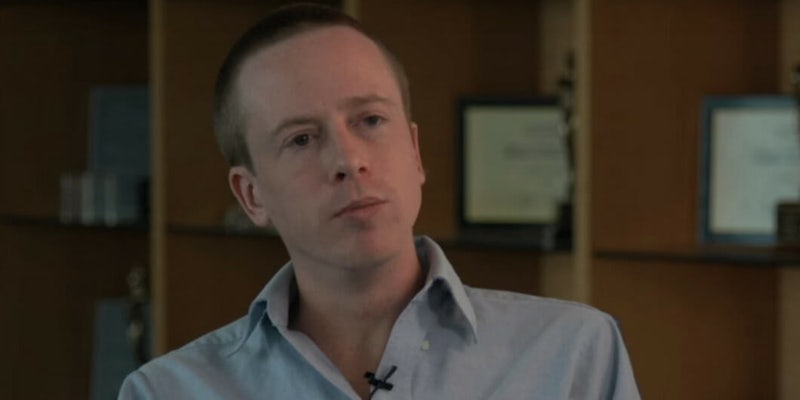 On Monday, Twitter lifted its “permanent suspension” of award-winning journalist Barrett Brown, as well as the Pursuance Project–a registered non-profit he helped found.

A Twitter spokesperson told the Daily Dot that the suspension of the accounts was an “error.”

Brown was initially suspended after he responded to an anonymous far-right troll’s goading tweets, which were directed at him.

Due to targeted harassment against @BarrettBrown_ , his personal account and the account for Pursuance Project have been suspended. Seems a random Pepe troll is to blame. @TwitterSupport wtf pic.twitter.com/GgdBm6lkqZ

Then the official account for the Pursuance Project was also promptly suspended.

It was this further action that puzzled many of Brown’s online supporters, who protested the decision. Many thought Twitter was under the false impression that Brown was using the Pursuance Project account as another personal account.

.@PursuanceProj was suspended because Barrett Brown supposedly used it as his personal account, too.

This is 100% nonsense; I created @PursuanceProj myself, then gave the pw to @acbold when she became Executive Director; Barrett literally never had it.@Jack @TwitterSupport

Note, it's not just Barrett that got suspended, but also the @pursuanceproj, based off Pepe the anonymous fascist Frog's false claim that Barrett was running both.

The far-right troll account, trackable by its user ID number, has since swapped out its profile picture, along with its handle–several times–in an apparent bid to avoid scrutiny.

Artist Luke Turner, famous for creative collaborations with actor Shia LaBeouf and Nastja Rönkkö, tweeted that he has been tracking the account for about a year–ever since it targeted him with anti-semitic abuse.

This BasedBrooklyn account is associated with a number of prominent far-right / 'edgelord' art world figures such as Deanna Havas, Ed Fornieles & Daniel Keller, and has been directing antisemitic abuse at me for the past year—while calling for antifascist protestors to be killed. pic.twitter.com/w2dJA4gtwY

“I’m proud to be the first National Magazine Award winner to be kicked off Twitter at the request of a Nazi,” Brown proclaimed in a Medium post early Monday.

When the Daily Dot initially reached out to Twitter regarding Brown’s suspension and the troll account on Monday afternoon, a representative said they would look into the matter and respond in due course. Later that day, both accounts were restored.

Brown recently launched a new investigation into the connections between Peter Thiel’s data-mining company Palantir Technologies and the federal government’s Immigration and Customs Enforcement (ICE) raids, targeting undocumented immigrant families. The investigation, #OpClaudia, is named after 20-year-old immigrant Claudia Gomez, who was killed by a border patrol agent in Texas after crossing the border in 2018.

“The operation that we had pursued, starting on Friday night, was unusually successful,” Brown told the Daily Dot. “It was one of the better ideas that I’ve had in years and years. It was really quite evocative of some of the more extraordinary things that were done in 2011, back when Anonymous was still a going concern.”

The journalist formerly and famously had close ties with the hacktivist collective.

Although he said he did not know who was behind the latest suspensions, Brown told the Daily Dot that he was concerned #OpClaudia would face some sort of rebuttal online by “social networks that have in the past done the bidding of Google, Palantir, and other firms of that nature.”

He pointed the Daily Dot to actions taken against Project PM, his collaborative investigation into private intelligence agencies. For around two weeks in 2012, Brown said that Google had temporarily removed listings to the project’s echelon2.org website from searches.

Twitter’s suspension of Brown came one day after Facebook slammed him with a 30-day suspension for a sarcastic comment he made in response to another far-right user. The user said that immigrants crossing the border were “unwanted freeloaders” and should simply be shot on sight.

“What has happened is that the Nazis, once again, have managed to assert themselves. That’s it,” Brown said. “And that should be enough of a lesson for now, regardless of what else this turns out to involve.”

In regaining control of his Twitter account on Monday, Brown wasted no time getting back to work by redirecting his followers to #OpClaudia.