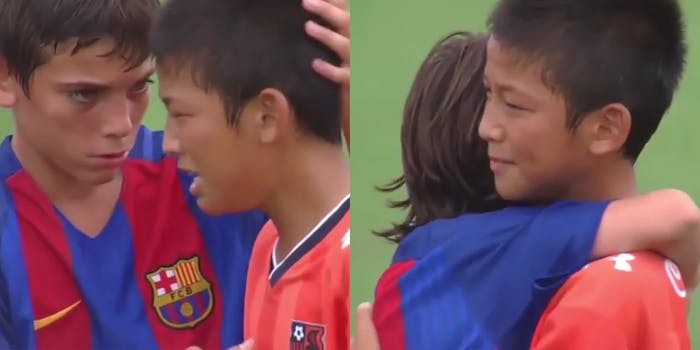 The Barcelona team consoling its rivals is the meaning of 'best' sportsmanship.

In a year that can feel like a dumpster fire, this boys soccer team is a definite high point.

On August 28, Barcelona’s under-12 team beat their rivals from Omiya Ardija, Japan, in a 1-0 match at the Junior World Soccer Challenge. The loss was rough one for the Japanese home team, though, as the boys broke down in tears on the field.

Once Barcelona team realized how upset their opponents were, they were compassionate, running over to offer hugs and reassuring words.

The video, which is credited to Amazing Sports Lab Japan via Storyful, has since gone viral, with over 53 million views on NowThis’s Facebook page alone.

While some commenters criticized parents for putting pressure on their children to achieve, most commenters had nothing but praise for both teams. 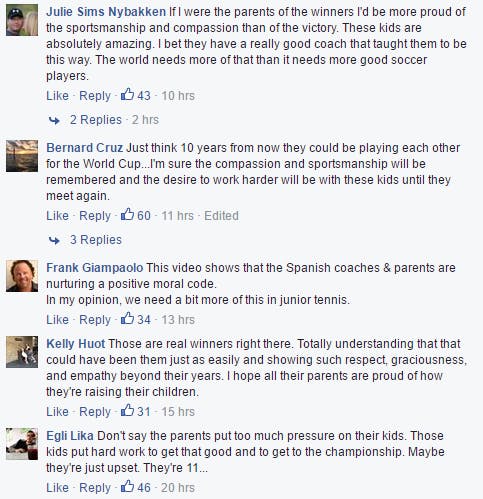 “Thank God we have young people in the world who can show compassion and generosity towards others. We have so many adults in our world who don’t,” wrote one commenter, succinctly summing up both the comments and 2016.