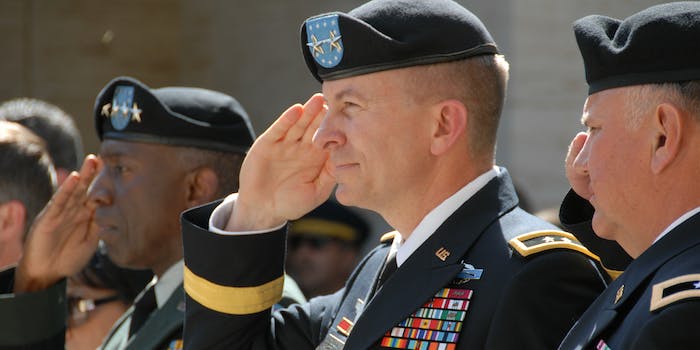 Photo via US Army Afrca/Flickr (CC-BY)

But it may be two more years until transgender troops can officially serve.

As the U.S. military’s transgender inclusion deadline for July 1 draws near, the U.S. Army has created a mandatory transgender training session for all officers, non-commissioned officers, and civilians working with soldiers.

Titled “Transgender Training,” the training course is a 50-minute lesson “that will assist soldiers in understanding Army policy for the military service of transgender soldiers so that they can implement the policy while maintaining morale, readiness, and good order and discipline,” according to USA Today. The training module also focuses on the “key roles and responsibilities” that commanders, trans troops, and medical personnel must carry out in order to assure transgender soldiers are cared for during service, according to an email from Lt. Col. Jennifer Johnson.

Some officers have already completed the training segment, whereas others have yet to fulfill the sensitivity training requirement. But while the session is intended to aid officers in acclimating to the military’s inclusion for transgender troops, it remains unclear when the Pentagon will officially establish rules for including transgender personnel.