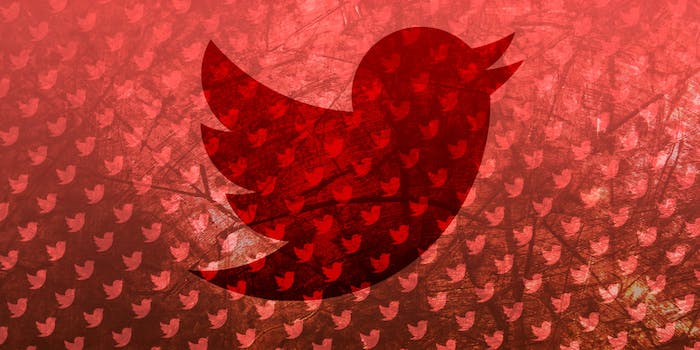 'Amy Schumer blocking you is the new verified.'

Amy Schumer is no stranger to controversy these days. Following a series of inflammatory comments by comedian and Inside Amy Schumer writer Kurt Metzger, Schumer has spent much of her book tour addressing Metzger’s comments.

On Friday, a catastrophic interview with Lena Dunham ran in Dunham’s Lenny Letter and critics were quick to point out upsetting passages in Dunham and Schumer’s dialogue

While Dunham spent the better part of Friday and Saturday apologizing for her comments about Odell Beckham Jr.’s apparent lack of interest in her at the Met Gala, Schumer posted the following message to her Twitter.

Love you all. We will all learn and grow from this so we can focus on the problems together. So https://t.co/WRaMxtOsHD

One journalist who critiqued Schumer and Dunham, subsequently thanked her for listening, liking her tweet, and earned Schumer as a new follower.

But professor Paulo L dos Santos, who called out Schumer and Dunham for their remarks, reported a very different experience.

Was putting my 2m.o. to bed. It seems @amyschumer replied 2 this, saying smtg about catcalling. Then blocked me.
! https://t.co/JRFJUgktJN

When Anthony L. Fisher reached out for comment, Schumer offered, and subsequently deleted, an explanation. According to Schumer, the offending tweet was sent by members of the band that has been opening for her on tour who were “trying to be funny.”

Schumer appears to now be following dos Santos on Twitter, as well as director Xavier Burgin, whom Dunham credited for “educating” her following the controversial interview.

But many others are reporting that the comedian has blocked them.

Both of Variety’s television critics have been blocked.

This continues a long trend of Schumer blocking those who disagree with her in the wake of controversy.

Feminista Jones recalled being blocked after calling Schumer out for insensitive jokes.

Is th is the same Amy Schumer who used me to issue a fake apology abt calling Hispanic men rapists then blocked me? https://t.co/qQ7IDjSgrn

And Roxane Gay suspects she was blocked when she challenged Schumer for her comments about being labeled plus-sized by Glamour magazine.

Some of those who were more recently blocked are baffled.

While others are understandably upset.

In a completely random thing, I am blocked by Amy Schumer who I have never tweeted at & am quite fond of! pic.twitter.com/HIEF9YiDFB

And continue to profess their love for the comedian.

But others are reveling in being blocked, treating it as a sort of rite of passage.

i'm in the "amy schumer blocked me on twitter" club

Blocked by Amy Schumer is the new verified

It’s hard to determine what exactly is motivating Schumer. But all the hubbub is leading some to cheekily ask, what’s a girl gotta do to get blocked around here?

I'm not blocked by Amy Schumer. Like am I even a feminist.