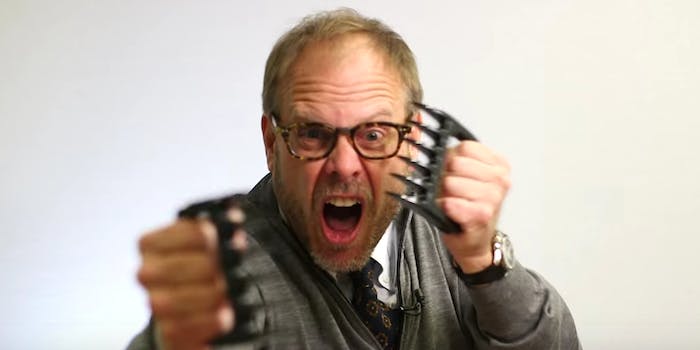 The celebrity chef weighs in on single-use kitchen gadgets.

Kitchens across America are filled with clutter-inducing demons. Meat-handling claws? A strawberry slicer? These products actually exist, and they each come with a treasure trove of reviews on Amazon from people who either love or loathe them. We asked celebrity chef Alton Brown to compare his feelings about some of these single-use gadgets—what he calls “unitaskers”—with some of the best/worst of Amazon’s reviews.

Alton Brown is hitting the road in 2016 for the Alton Brown Live: Eat Your Science Tour. Fans can expect new puppets, songs, and potentially dangerous culinary demonstrations. Tickets are on sale now: AltonBrownLive.com.Screengrab via The Daily Dot/YouTube