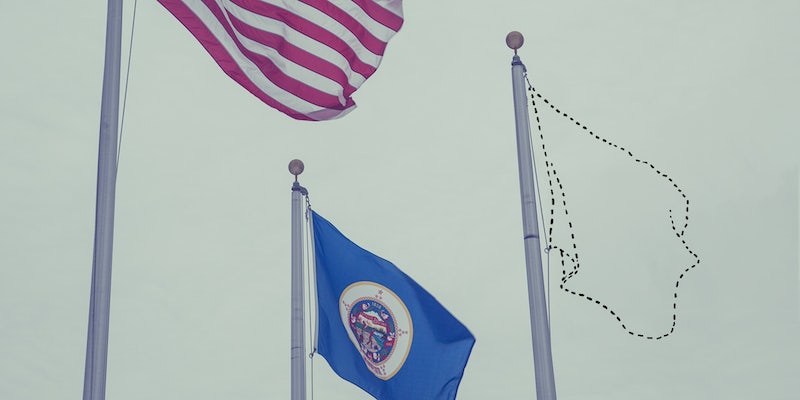 If this keeps up, there won't be any state left unaffected by the backlash.

Alabama Gov. Robert Bentley (R) on Wednesday ordered the removal of four Confederate flags from the Alabama Confederate Memorial in the state capital, joining a growing chorus of state and federal officials opposing the continued display of the flag on public land.

Gov. Bentley did not order the flags’ removal because their offensive nature, instead calling them merely a “distraction.” Some Republican officials have admitted that the flag represents slavery and intolerance owing to its use by the Ku Klux Klan and other pro-segregation Southerners during the civil-rights movement. But most conservative leaders endorsing its removal from government property have, like Bentley, cited the flag’s potential to be a “distraction.”

“This is the right thing to do,” the governor told reporters. “We are facing some major issues in this state regarding the budget and other matters that we need to deal with. This had the potential to become a major distraction as we go forward. I have taxes to raise, we have work to do. And it was my decision that the flag needed to come down.”

Bentley’s comments stood in stark contrast to South Carolina Gov. Nikki Haley (R), who on Monday said that the flag did “not represent the future of our great state” when she called on the legislature to remove it from a monument near the capitol.

A nationwide backlash against the flag erupted after a young white supremacist shot and killed nine people at a historic black church in Charleston, South Carolina. The shooter posted photos of himself posing with the flag and a handgun on a website where he outlined his racist views.

State lawmakers are heeding Haley’s call. So far, 97 members of the 170-member South Carolina General Assembly have said that they will vote to remove the flag from the Confederate Monument near the statehouse.

Meanwhile, Mississippi lawmakers are rethinking their state’s flag, the upper-left corner of which contains the Confederate emblem.

“We must always remember our past, but that does not mean we must let it define us,” Philip Gunn, the Republican speaker of the Mississippi House of Representatives, said in a statement on Monday. “As a Christian, I believe our state’s flag has become a point of offense that needs to be removed. We need to begin having conversations about changing Mississippi’s flag.”

Major online retailers have banned the sale of the Confederate flag and related memorabilia; sales of those items surged on Amazon, the world’s largest online shopping site, before it joined the ban. An Etsy spokeswoman said that the company would “prohibit items or listings that promote, support or glorify hatred and [Confederate flag] items fall squarely into that category.” Walmart and eBay joined Amazon and Etsy in the ban on Confederate flag products.

The debate over symbols of hate and their role in the public sphere took an unexpected turn last week when the Supreme Court ruled that states do not have to issue vanity license plates bearing the Confederate flag. The Sons of Confederate Veterans had sued Texas for its members’ right to order those plates, but the Court ruled for Texas, saying that the plates represented government speech, not private speech, and that Texas was thus justified in denying the applications.

Photo via Tony Webster/Flickr (CC BY 2.0) | Remix by Max Fleishman