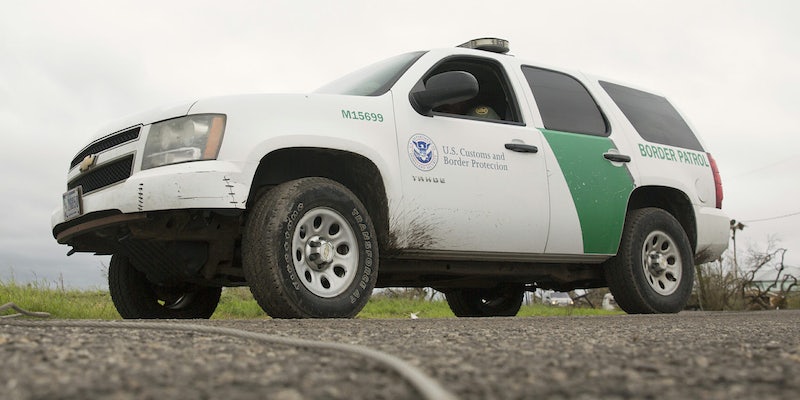 U.S. Customs and Border Protection has called the report 'unfounded and baseless.'

In a new report from the American Civil Liberties Union (ACLU), documents released to the organization assert that U.S. Customs and Border Protection (CBP) abused numerous immigrant children who arrived at the U.S. through every facet of the apprehension, detention, and deportation process, from 2009 to 2014.

The report, made public Wednesday, consists of complaints filed by legal service providers and immigration advocates on the behalf of detained immigrant children. These complaints came from a subset of 4,600 pages of documents of more than 30,000 pages released by the Department of Homeland Security’s (DHS) Office for Civil Rights and Civil Liberties (CRCL) through the Freedom of Information Act. The CRCL is the agency responsible for investigating complaints filed by the public.

According to the documents reviewed by the ACLU, several of them partially included in the 50-page report, the complaints describe physical, verbal, sexual, and psychological abuse committed by immigration agents against detained immigrant children. The complaints appear to be prepared by advocates and the children themselves, and others are CRCL emails or investigations.

A spokesperson for the ACLU told the Daily Dot that the testimonies obtained from the documents appear to have been reported to the government in several ways. Some children, once transferred from CBP custody to Office of Refugee Resettlement custody, told officials what had happened to them during initial intake interviews. Other children, once released from CBP custody, spoke with organizations about what happened to them.

Among the general focuses of abuses, the ACLU stated the documents showed that agents used excessive force and physical abuse against children during the apprehension process.

Several accounts recall agents tightening handcuffs on children to the point of cutting off circulation or handcuffing children together and dragging them on the ground. Agents reportedly tasered children after they were already detained, and used other physical force such as throwing or kicking children. Agents also reportedly made verbal threats at children, swearing at them with insults.

Within detention, the complaints showed children were kept in rooms at freezing temperatures, denied food and water, sexually abused by agents and threatened to be placed with adults in order to be sexually abused, and pregnant minors and mothers were disregarded and denied medical attention for their pregnancies or children.

One complaint filed said a pregnant minor was denied medical attention when she reported pain and was told she was lying about the pain to be released. The pains ended up being labor pains, and she gave birth to a stillborn.

The report also says immigrant minors in detention were deported without due process, and in some cases were coerced into deportation. One report shows CBP officials used threats against a child’s family members to get them to sign deportation documents that waive their rights to a hearing with an immigration judge, which immigrants often don’t understand, tricking them into “self-deporting.” Another child was told if she didn’t sign the document, she wouldn’t be reunited with her family.

Another child reported that he was told seeing a judge would be a waste of time because the judge would deport him without asking questions, so signing the document would be better.

The ACLU’s report states CRCL’s “independent investigations” referred the complaints back to CBP for records and personnel accounts to resolve the complaints, allowing the accused agency to take matters into its own hands. Documents also showed that CBP failed to respond to the CRCL’s requests for additional information on complaints in a timely manner.

More specifically, according to a 2014 OIG memorandum mentioned in the report, the office noted that CBP’s electronic database system, called “E3,” was “unreliable due to frequent system outages which have resulted in inconsistent reporting.” As a result, the office deemed the system “not a reliable tool for CBP to provide increased accountability for [unaccompanied children’s] safety and well-being during all phases of CBP’s custody process.”

The ACLU found “no indication” from other documents that the system was changed.

In a response shared on its website, CBP stated that the ACLU’s report is “unfounded and baseless,” and that the DHS Office of Inspector General and CRCL already investigated the complaints and found they were “unsubstantiated and did not observe misconduct or inappropriate conduct.” The report “equates allegations with fact” and “ignores reforms made by CBP” over the past decade, CBP wrote.

CBP cited the 2014 Prison Rape Elimination Act and the 2015 implementation of new National Standards on Transport, Escort, Detention, and Search as evidence of change since the complaints were filed between 2009-2014.

“The men and women of CBP perform their duties professionally and treat everyone equally with dignity and respect,” CBP wrote in the statement. “Children represent the most vulnerable population, and every agent carries a fundamental ethical and moral belief as well as a legal obligation to put the welfare of any child first.”

Mitra Ebadolahi, staff attorney with the ACLU’s Border Litigation Project, told the Daily Dot that the agency’s response to the report underscores its indifference and the need for real reforms. Ebadolahi also pointed out that CBP didn’t address the fact that it appeared to have been violating a federal child abuse reporting law.

“In a world where DHS ‘oversight agencies’ routinely close investigations without rigorous, independent, and thorough investigations, all ‘allegations’ inevitably remain ‘unfounded,'” Ebadolahi said in a statement. “The ACLU has obtained more than 30,000 pages of government records detailing, again and again and again, horrific episodes of child abuse—over a period of years and across multiple states throughout the southwest border. The documents, and our new report, speak for themselves.”

CBP spokesperson Dan Hetlage responded to the Daily Dot’s request for comment with the statement posted to its website yesterday, along with an explanation of the processes that happens when a complaint is filed. CBP did not specify if its incomplete-reporting system E3 had been replaced, nor its protocol for responding to CRCL followups.