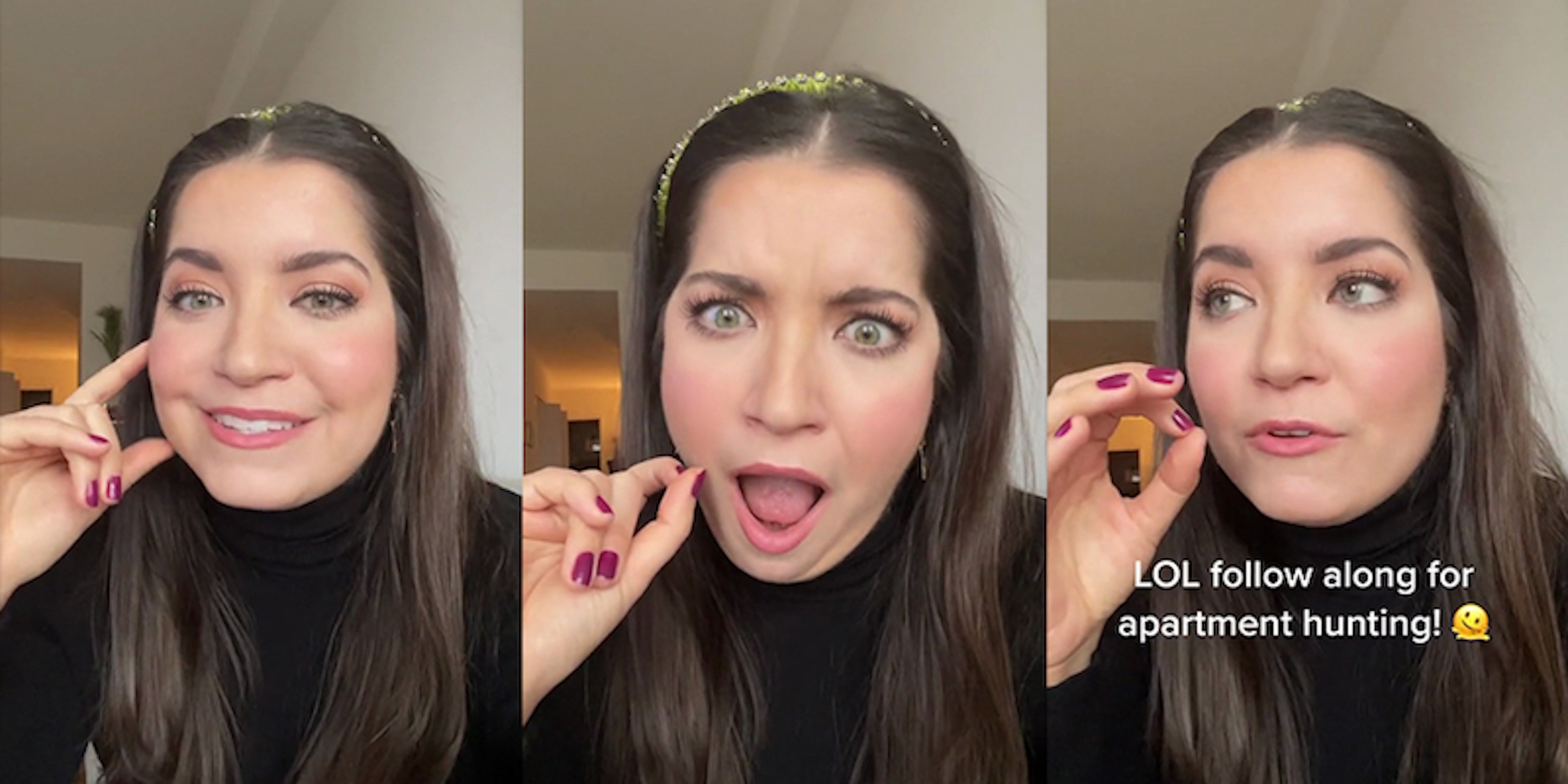 'HOW IS THIS LEGAL?'

New York-based TikTok user Kelsey (@kelseybarberio) says that she signed her initial contract at “the very bottom of the COVID market” and thus had a “really good price” on a two-year lease. That price was $2,100 per month.

Now, her contract is ending. While Kelsey does not plan to stay in the apartment, she still decided to share her sticker shock at the apartment’s new price: $4,175 per month.

“That is just below a 100% rent increase which, under normal circumstances, is illegal,” she observes. “I guess it’s not because of COVID?”

The legality of such a move is indeed in question.

First, there is no COVID-related law allowing such a move, as Kelsey theorized. As the New York State Attorney General’s office explains, “If you live in an apartment that is not rent stabilized or controlled, there is still no limit on how much your landlord can increase your rent. However, your landlord must give you advanced written notice before they can raise your rent 5% or more.”

However, these rules change if the apartment is rent-stabilized, which accounts for just under half of all apartments in the city.

It is unclear if Kelsey’s apartment is rent-stabilized, but if it is, landlords are only allowed to increase rent by a percentage set by the city. Given new regulations, the allowed percentage of increase changes depending on when one signed their lease.

While it may seem like one would know if their apartment is rent-stabilized, landlords do not have to share this information with a tenant. Instead, a tenant must learn for themselves if their apartment is stabilized by contacting the NYS Homes and Community Renewal (HCR). If they learn that it is rent-stabilized and that their landlord is overcharging them, they may be entitled to back rent.

Cases of overcharging are surprisingly common. Earlier this month, The City reported numerous cases of tenants being unaware that their apartment was previously rent-stabilized and had been seemingly removed from stabilization illegally.

Furthermore, author Sam Rabiyah implies that numerous apartments are being removed from stabilization without apparent legal cause.

“Amid an ongoing housing affordability crisis, the number of apartments New York landlords register as rent stabilized has dropped significantly—even after a 2019 state law forbade deregulation in most cases,” writes Rabiyah. He later adds, “If anything, New York City should have more rent-regulated apartments now than it did before the 2019 law changed, not fewer.”

In the article, Rabiyah notes that many tenants feel they are not getting better apartments for these higher prices. This is a feeling shared by Kelsey, the original TikToker.

“This place has had a roach infestation, it has had potential[ly] very severe chronic mold issues that have been very deeply impacting my health,” she notes. “And they’re very well aware of this, so the idea of doubling the rent during this? Come on!”

In the comment section, many users shared Kelsey’s frustration.

“HOW IS THIS LEGAL,” asked one user.

“As a landlord… rent increases should be limited…. maybe to the max interest rates have raised? idk… but NOT 100% rent increase,” added another.

“Oh hell no!!!!! I’m sorry but there needs to be a law where rent can’t be increased more than a certain %,” echoed a third.

The Daily Dot reached out to Kelsey via email.