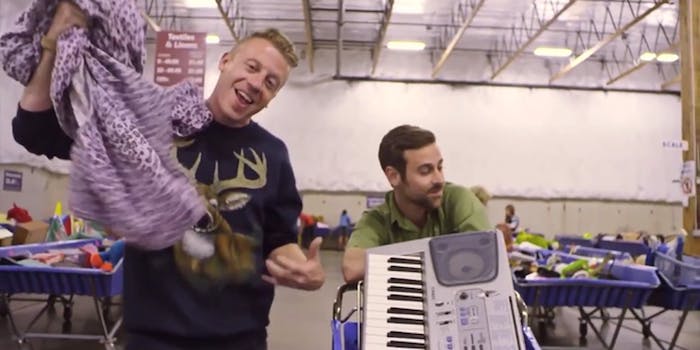 Are people going to pay for what they’re already getting for free?

On the heels of YouTube’s first ever Music Awards on Nov. 3 comes news of another big venture from the channel: It might soon be streaming music.

Billboard reported yesterday that the Google-owned site is close to launching a subscription service, possibly by December. According to the magazine’s anonymous source, it will include a free service and a “premium tier” subscription service, which would be ad-free and allow users to download music for offline use, for a monthly fee.

For the most part, YouTube is a song-based library, but this new service would allow streaming of full albums. According to Billboard, Google “already secured most of the licenses it needs to launch a music service earlier this year, beginning with Warner Music Group in March, followed by Sony Music Entertainment and Universal Music Group. The licenses obtained were for both Google’s All Access service, which launched in May, and for a YouTube music service.”

This service would compete with sites like Spotify and the long-awaited Beats Music, and it would hopefully integrate with Google Play Music All Access. It might even trump for-purchase sites like iTunes, which doesn’t allow on-demand service. But the eternal question remains: Are people going to pay for what they’re already getting for free?

YouTube’s keeping quiet on any other details. When asked for comment on the subscription service, a spokesperson offered this response:

“We’re always working on new and better ways for people to enjoy YouTube content across all screens, and on giving partners more opportunities to reach their fans. However, we have nothing to announce at this time.”

Over the weekend, it was announced Twitter might be shutting down its music app, after just six months on the market. There are a variety of reasons for its failure, but one of the biggest is that people aren’t using Twitter to find and stream music, and the company never attempted to convince users they should.

YouTube already has a built-in audience looking for music, so the streaming aspect makes sense, especially on mobile devices. Last month, the company announced it would allow offline mobile viewing of videos, starting in November. It will be interesting to see what incentives they offer in an already crowded room.