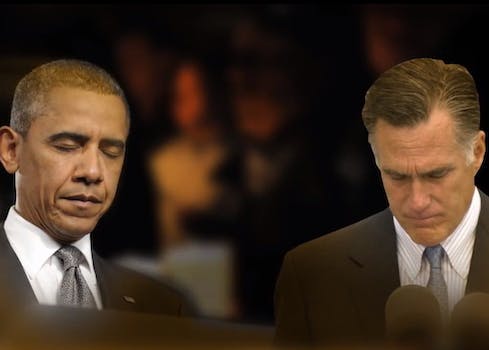 The striking video is part of a national campaign designed to encourage a stated opinion on gun control from this year's presidential candidates.

Narrated by three individuals wounded in last January’s Tucson, Ariz., shooting—retired United States colonel Bill Badger, Pat Maisch, and Pam Simon—the PSA points to the Center for Disease Control estimate that 48,000 Americans will be killed by gunshots in the next presidential term.

The video also references the fact that the two candidates have been notably mum on the issue since James Holmes’s shooting spree in an Aurora, Colo., movie theater killed 12 innocent people.

“Our leaders gave us a moment of silence, but they haven’t given us a plan,” the three Tuscon speakers say. “President Obama, Governor Romney, we demand a plan.”

Mayors Against Illegal Guns is gathering signatures from people demanding a plan to end gun violence at demandaplan.org. The site also hosts a counter for the number of Americans reportedly murdered with guns since the Aurora tragedy. At press time, it was at 663.

“What we need from our nation’s leaders is more than just a moment of silence,” the petition reads. “We need a moment of courage.”