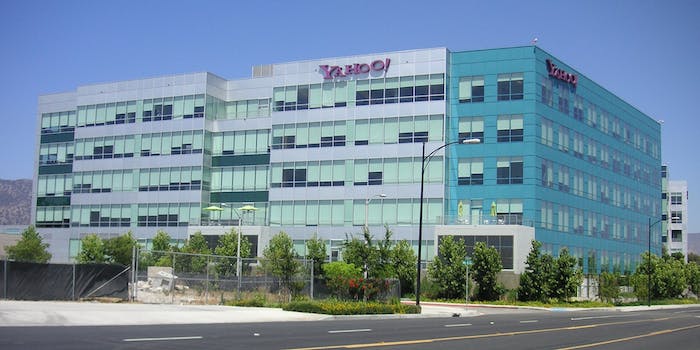 Yahoo disclosed the huge fine along with more than a thousand pages of court documents on Sept. 11.

The federal government used the threat of a massive daily fine to attempt to force Yahoo to turn over user data in 2008, the company announced on Thursday.

A Tumblr post by Yahoo General Counsel Ron Bell revealed that “the U.S. Government threatened the imposition of $250,000 in fines per day if we refused to comply” with a request for user information that the company fought in court from 2007 to 2008.

Yahoo’s court challenge failed when the Foreign Intelligence Surveillance Court (FISC), which approves the government’s information request warrants, upheld the demand for Yahoo’s data. Yahoo believed that the government’s request, which was made persuant to the Protect America Act of 2007 (PAA), was unconstitutional because it violated the Fourth Amendment. In 2008, Congress passed an update to the PAA, the FISA Amendments Act of 2008, that gave U.S. authorities the power, under Section 702, to demand this kind of data.

On appeal, the Foreign Intelligence Surveillance Court of Review, known as “FISC-R,” also upheld the government’s demand based on the revised law.

These new details about Yahoo’s years-old legal battle only surfaced because Yahoo convinced FISC-R to declassify more than 1,500 pages of documents related to the appeal. Yahoo’s Bell promised to “update this Tumblr with the link to those documents as soon as they are ready.”

As the Washington Post notes, FISC-R released a heavily redacted version of its ruling in 20909, but because of all the missing information, “observers were unable to discern which company was involved, what the stakes were and how the court had wrestled with many of the issues involved.”

These documents do not include material from the original case brought before FISC. Bell said that FISC had been waiting for FISC-R to decide whether or not to declassify its material before proceeding in a similar manner. He promised to push for FISC’s documents to be published as well.

“We consider this an important win for transparency, and hope that these records help promote informed discussion about the relationship between privacy, due process, and intelligence gathering,” Bell wrote.

“Yahoo,” the Washington Post reminds us, “was legally bound from revealing its efforts in attempting to resist government pressure” when whistleblower Edward Snowden’s documents disclosed the company’s participation in PRISM.

The declassification is only partial, and some documents will not be published. Bell said that even his legal team did not know the full extent of the material being withheld.

The Office of Director of National Intelligence James Clapper, who oversees the U.S. intelligence community, presented its own take on the declassification on its Tumblr, writing, “The FISA Amendments Act, by requiring [certain] safeguards, is even more protective of the Fourth Amendment rights of U.S. persons than the statute upheld by the FISC-R as constitutional.”