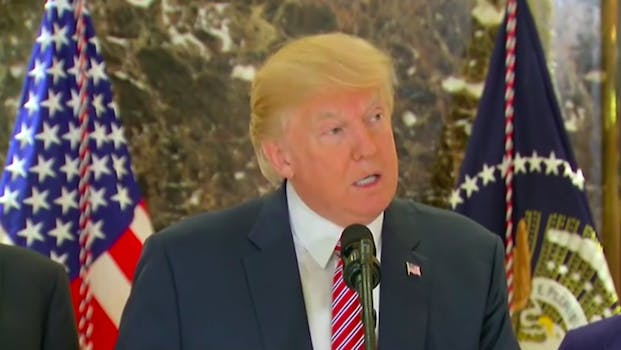 According to the latest damning snippet from Michael Wolff’s Fire and Fury, President Donald Trump tried to “rationalize” why people would join the KKK.

From the New York Times review:

There are lots of arresting details in the book. We learn that the administration holds special animus for what it calls “D.O.J. women,” or women who work in the Justice Department. Wolff writes that after the white supremacist mayhem in Charlottesville, Va., Trump privately rationalized “why someone would be a member of the K.K.K.”

Many believe the anecdotes and quotes from Wolff’s book should be treated with a healthy dose of skepticism, but this one is not implausible. Trump went on the record in the wake of the Charlottesville white supremacy march that left Heather Heyer dead, saying he believed there were “good people” on both sides of the protest, one side of which was rife with Neo-Nazis and white supremacists.

Trump was widely criticized for the response, which many considered a tacit endorsement of white supremacy.

During his presidential campaign, an old New York Times story was unearthed that reported Trump’s father, Fred, back in 1927, was arrested at a rally in 1927 where KKK members were present. It was never proven whether he was participating in the rally or a member of the group.