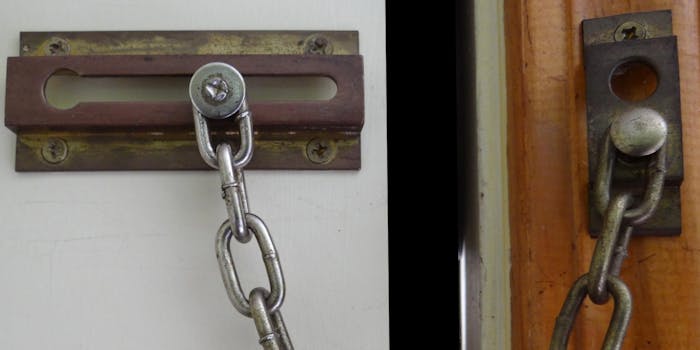 And that may not be a bad thing.

Roughly seven hours past its original 72-hour deadline, WikiLeaks revealed the name of the country whose telephone calls were allegedly recorded by the NSA en masse. See the full update below, or click here for complete details.

WikiLeaks has run over its self-imposed deadline to reveal the name of a country whose phone calls are allegedly being gobbled up by the National Security Agency.

That means either the anti-secrecy organization is late to its own party, was bluffing, or it’s quietly admitting it lost an argument that some information is best kept secret.

The drama started Monday, when The Intercept’s Glenn Greenwald and others published a report, based on documents released by former NSA analyst Edward Snowden, that the agency recorded and stored practically all phone calls made in the Bahamas and one other country, which was noticeably censored.

That decision sparked derision from whoever mans the WikiLeaks Twitter account, believed by some to be founder-in-exile Julian Assange.

It is not the place of Firstlook or the Washington Post to deny the rights of an entire people to know they are being mass recorded.

Greenwald responded that revealing the country could lead to “deaths”—which is either ironic or chilling, when you consider how dismissive Greenwald has previously been of some U.S. officials’ claims that publishing even redacted versions of the Snowden leaks puts some Americans in mortal danger.

It prompted WikiLeaks to grow testy with Greenwald, who is still listed on the WikiLeaks press page, from when he wrote for Salon, two jobs ago.

@GGreenwald @johnjcook We will reveal the name of the censored country whose population is being mass recorded in 72 hours.

That tweet was posted more than 74 hours ago, at the time of this writing.

The threat to reveal the country’s name led to some major questions, especially surrounding whether WikiLeaks had access to such information. Greenwald has previously stated that Snowden himself physically gave the only copies of  his NSA documents to a handful of journalists, who have kept them on a tight leash. There have been no reports that WikiLeaks acquired such a cache, and the tone of the Twitter account indicated it didn’t have such information. The Daily Dot reached out to a WikiLeaks spokesperson to clarify these issues, but did not receive a response.

Regardless of why, the deadline has come and gone, and WikiLeaks hasn’t tweeted since about two hours before it passed. And maybe that’s kept some people alive.

Update: Just before midnight Thursday, WikiLeaks announced that it has delayed the release of the country’s name “for media cycle reasons”:

We have moved our publication on the identity of NSA “SOMALGET” country X to another date for media cycle reasons.

Update 2: In an early-morning tweet Friday, WikiLeaks claimed that the country unnamed this week by The Intercept and previously by the Washington Post is Afghanistan:

The organization also released a statement on its decision to release the name of the country, which Greenwald believes could result in “deaths.”

“We do not believe it is the place of media to ‘aid and abet’ a state in escaping detection and prosecution for a serious crime against a population,” WikiLeaks said in a statement. “Consequently, WikiLeaks cannot be complicit in the censorship of victim state X. The country in question is Afghanistan.”