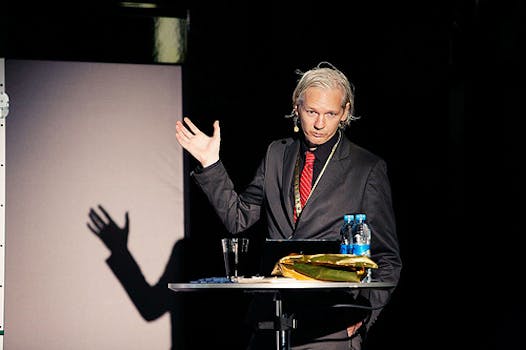 After suspending operations last month, Wikileaks is not only accepting new submissions again but also releasing files that reportedly outline the growth of the global spy industry.

The announcement came as part of the unveiling of a new submission system designed to address security concerns, which had prevented the organization from accepting new, leaked files for more than a year.

Wikileaks also released a report that purports to show how new technologies make it easier for governments to track people. The study documents the increase in the trade of surveillance products following the terrorist attacks on Sept. 11, 2001.

“Who here has an iPhone?” Wikileaks Founder Julian Assange asked attendees of the London press conference. “Who here has a Blackberry? Who here uses Gmail? Well you are all screwed. … The reality is intelligence contractors are selling right now to countries across the world mass-surveillance systems for all of those products.”

Wikileaks began publishing “The Spy Files,” a trove of 287 files and thousands of pages, on Thursday. The whistle-blowing website claims that the files outline the growth of the global spy industry and uncontrolled, mass spying on people throughout the world.

Thursday’s announcement seems to breathe new life into Wikileaks. In October, the group said it would suspend publication until it could obtain new funds. The press conference did not make it clear if—or where—Wikileaks had obtained new funding from.