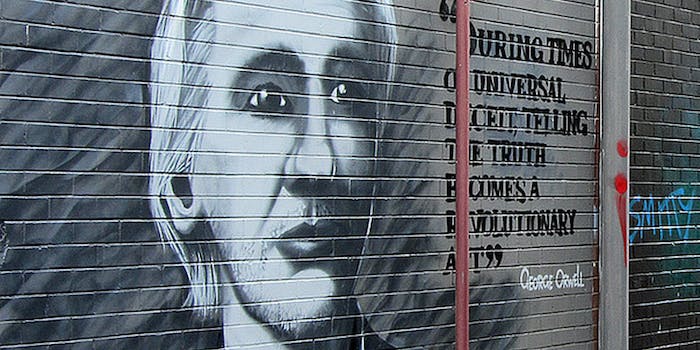 WikiLeaks founder Julian Assange said that he was "quite encouraged" by polls showing he could be a competitive candidate in New South Wales or Victoria.

Julian Assange, long intent to disrupt politics from the fringes, now wants to change the system from the inside. The WikiLeaks founder has announced plans to run for an Australian Senate seat in 2013, under the banner of a still-nonexistent WikiLeaks Party.

Assange told Australia’s The Age that he was “quite encouraged” by polls showing he could be a competitive candidate in New South Wales or Victoria. Meanwhile, his biological father, John Shipton, is coordinating the formation of a WikiLeaks party and has penned a draft for a party constitution.

The party would “advance WikiLeaks’ objectives of promoting openness in government and politics, and it would combat growing intrusions on individual privacy,” according to The Age. It would need just 500 members to officially register with the Australian Election Commission. Since WikiLeaks boasts a massive social media presence—1.7 million Twitter followers and 2.1 million Facebook subscribers—that requirement shouldn’t be a problem. A few hundred party members should be easy to find.

“A number of very worthy people admired by the Australian public” would be ready join Assange on a WikiLeaks ticket, he told The Age.

If Assange manages to get on the rolls, he’ll have to campaign remotely from the Ecuadorian embassy in London, where he has lived since seeking asylum in June. English authorities would like to extradite him to Sweden, where he faces rape charges, and Assange is convinced Sweden would in turn extradite him to the United States, where he could face charges under the Espionage Act.

Assange won’t be able to serve remotely, however. If he wins, and still can’t find his way back to Australia, he’ll have to nominate someone else to take his seat.